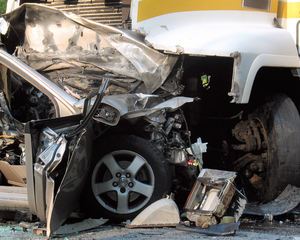 Have you ever wondered how following distance - the distance between your vehicle and the vehicle traveling in front of you - plays a role in Missouri truck accidents? You might have noticed that when traffic is heavy, the distance between the front and rear bumpers tends to be smaller. It can even become a fight to keep the distance small enough to prevent another vehicle from cutting in front of you. The problem with this particular driving behavior - known as "tailgating" - is that it is a major contributor to many Missouri traffic accidents. And when it comes to truck accidents, following too closely is not only a contributing factor: it can cause increased damage and serious injury or death.

Truck accidents are equally distributed throughout the year and mostly occur on week days. While truck accidents occur around the clock, a significant number occur between 7 am until 7 pm, when big rigs share the road with passenger cars and light trucks.

Given this data, it is clear that semi-truck accidents are extremely dangerous, particularly for the drivers of passenger vehicles. Leaving plenty of room between you and another vehicle is one of the best ways to avoid a serious truck accident. A large truck takes a lot longer to stop and has a massive amount of force - so be patient and give yourself plenty of room, just in case.