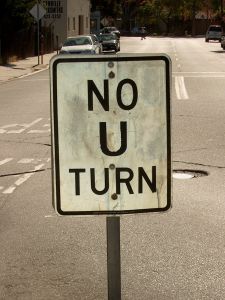 As Springfield auto accident lawyers, we've noted reports of several serious tour bus accidents this year. Some of these crashes had serious consequences - including passenger injuries and fatalities - and, in many cases, the accidents were caused by the unsafe actions of tour bus drivers and/or their employers.

Last week, two people were killed and four others were injured when a Texas tour bus was struck by an 18-wheeler on a Panola County highway. According to the Longview News Journal, the accident occurred after the bus driver was informed that a passenger had been left behind at a truck stop. In response, the bus driver reportedly attempted to make a U-turn at a crossover and turned into the path of the semi-truck, which hit the left side of the tour bus. One passenger, who was ejected through a side window, and the bus driver, who was ejected through the front windshield, were pronounced dead at the scene of the crash. Three other passengers were taken from the scene by ambulance, while the semi-truck driver was airlifted to East Texas Medical Center with incapacitating injuries.

Today, the News Journal reports that two of the injured passengers have filed a personal injury lawsuit against the tour bus company, El Expreso in Houston. Edgar Vela and Sergio Torres are reportedly suing the company for damages including medical expenses, loss of wages, physical impairment, pain and suffering, disfigurement and mental anguish. The suit alleges that El Expreso "committed actions of omission and commission, which collectively and severally, constituted negligence, and which were proximate causes of the injuries suffered" by Vela and Torres.

News of the accident - and the resulting lawsuit - came in the weeks following an announcement from the Federal Motor Carrier Safety Administration (FMCSA), which revealed that federal investigators had launched a "strike force of passenger bus safety inspections" throughout the country. These inspections are designed to keep high-risk busing companies and drivers off our nation's roads. "Aggressive strike force inspections help save lives on our roadways and protect people who travel by bus," said Administrator Anne S. Ferro in a FMCSA news release. "Strong enforcement efforts will increase safety and reduce serious crashes that result in death and injury."

Before you plan a bus trip, FMCSA officials encourage you to check into carriers' safety record. To help you access this information, the Administration has developed the "SaferBus app," which allows you to view a bus company's safety history, access its insurance status, and file a complaint concerning a carrier. To learn more about this free app, click here.

At Aaron Sachs & Associates, P.C., our personal injury lawyers represent auto accident victims throughout the state of Missouri. If you've been injured in a collision involving a bus, a semi-truck, or another large commercial vehicle, please contact our office to find out if we can help. Our firm works on a contingent-fee basis, and we offer a free initial consultation to discuss your case and answer your questions. For more information, please call us at 1-888-777-AUTO, or click here to submit our easy-to-use online contact form. Offices in Springfield, Joplin, Columbia, Cape Girardeau and Kansas City.
Attorney meetings by appointment only
Categories