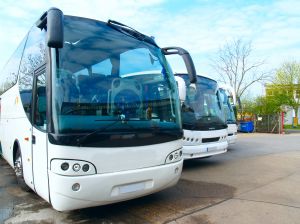 Charter buses are a popular mode of transportation in Missouri and throughout the U.S., especially for high school and college students who are traveling to sporting or educational events. The companies that operate these buses have an obligation to ensure safe travel for their passengers, but, as our Springfield personal injury lawyers know, these buses don't always arrive safely at their destinations. Since February 27, there have been three serious accidents involving U.S. charter buses carrying college sports teams, and the most recent of these crashes had particularly tragic consequences.

The accident, which occurred on March 16 along the Pennsylvania Turnpike, left two people dead and several others injured. According to USA Today, the charter bus was carrying Seton Hill University's women's lacrosse team to a match in Millersville, PA at the time of the crash. The driver, 61 year-old Anthony Guaetta, reportedly veered off the road, struck an emergency call box and a guard rail, and then traveled about 70 yards before crashing into a grove of trees. Guaetta was pronounced dead at the scene, while three passengers were taken by helicopter to nearby hospitals. One of those passengers was team coach Kristina Quigley, 30, who was six months pregnant. Quigley and her unborn son were both pronounced dead shortly after arrival.

Authorities continue to investigate the circumstances surrounding the accident, though it could be weeks before they release their findings. In particular, they are working to determine what factors might have caused the driver to run off the road. "This [accident] occurred on probably the straightest stretch of turnpike anywhere in our system," said Bill Capone, spokesman for the Pennsylvania Turnpike. "There were no other vehicles involved. The suspicion is that something happened to the driver -- either he dozed off or there was a medical emergency."

However, Guaetta's autopsy indicates that he did not have a pre-existing medical condition, and he also tested negative for alcohol and drugs. In addition, investigators say both Guaetta and the bus were up-to-date on safety inspections. Guaetta was also wearing his lap and shoulder belt when the accident occurred, but law enforcement officials say there is no evidence that he attempted to brake or avoid the trees prior to impact.