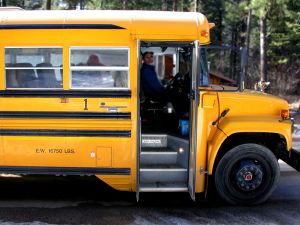 School buses are built to provide students with the maximum possible protection in the event of a crash, and thankfully, Missouri school bus accidents resulting in injury aren't particularly common. However, when school bus occupants are injured in a collision, it's often because of the actions of the driver, not because of the bus itself. Indeed, driver error is a leading cause of school bus accidents in Springfield and throughout the United States.

Factors that contribute to school bus driver error may include fatigue, poor training, impairment, and, notably, inattention or distractedness. For obvious reasons, distraction can be an occupational hazard for school bus drivers. In a 2010 survey on the safety concerns of school bus drivers, the Transportation Research Board found that "93% of the respondents [indicated] that student passengers' behavior was distracting to the driver." If other forms of distraction are also present - like cell phone use, for example - the situation can be ever more dangerous.

This week, 42 people were reportedly injured when a school bus driver rear ended another bus in Covington, Georgia. The Newton Citizen reports that the first bus had slowed to drop off a child when the second bus struck it from behind. The two bus drivers and 40 students onboard the buses were taken to local hospitals with various injuries, but none were reportedly life-threatening.

In the days that followed, authorities inspected the second bus and examined the crash site to determine whether or not mechanical failure contributed to the collision. They found that the bus was in good working order and the likely cause of the crash was driver error. "The mechanical inspection and the braking (skid) marks left by the bus on the roadway at the collision site eliminate the failure of the braking system or other mechanical defect as the cause of the collision," Sherri Davis-Viniard, Director of Public Relations for the Newton County School System, told the Citizen.

The bus driver, who is currently on medical leave, faces disciplinary action and criminal charges. We don't yet know what factors may have prevented her from stopping in time to avoid the crash, but we do know that driver inattention can pose a serious threat to students' safety. Distraction was a key topic at the National Association for Pupil Transportation Summit, held in October 2012. At the Summit, attendees heard a presentation that focused on driver inattention and a Missouri school bus driver who struck a six year-old boy. The driver was dealing with a commotion as the boy got off the bus, and he simply lost track of where the boy was. "I believe when we get into a routine, we can lose our focus on what we are doing," the former bus driver said in a safety video. "That accident changed my life and caused a lot of heartbreak and sorrow for [the boy's] family."