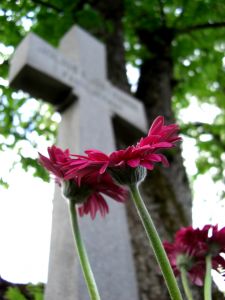 In 2011, car accidents caused 32,667 deaths nationwide, including 786 deaths that occurred here in Missouri. As Springfield personal injury lawyers, we know that the aftermath of a fatal car accident is a traumatic, overwhelming time. When someone is killed as a result of another driver's negligence, fault, or misconduct, surviving family members may be able to file a wrongful death lawsuit against the responsible party.

Recently, a Massachusetts family filed a wrongful death lawsuit against a semi-truck driver who struck and killed a bicyclist in 2012. According to the Boston Globe, the suit was brought by the widow of 41 year-old Alex Motsenigos, who was training for a triathlon when he was hit by the semi and pulled under the vehicle. Authorities say the truck driver, 51 year-old Dana McCoomb, drove away following the collision. When McCoomb was later located by police, he said he heard about the accident but denied that he struck anyone.

The wrongful death lawsuit names McCoomb, his employer, and the company that owned the truck he was driving. It alleges that McCoomb was driving recklessly on the day of the accident, labeling him an "extremely dangerous driver who should not have been behind the wheel of a truck." McCoomb reportedly has a lengthy history of driving offenses: since 1982, his license has been suspended 19 times, and he was required to enroll in a National Safety Council driver retraining program in 2010. His license was ultimately revoked after the accident involving Motsenigos. In a statement, the Motsenigos family claims that "if the truck driver had used even basic care in operating the truck that struck Alex down, the accident would have been avoided and Alex would be alive today."

The lawsuit was filed about a week before a grand jury declined to indict McCoomb on charges of motor vehicle homicide by negligent operation, unsafe overtaking of a bicyclist, and failing to take precautions for the safety of other travelers.

A wrongful death claim is a civil action, completely separate and independent from any criminal charges associated with a death. When someone dies as a result of another individual's negligence or misconduct, certain surviving family members may be entitled to compensation for their losses and damages, which may include:

Wrongful death lawsuits must be filed within a specific time period, known as the statute of limitations. If you have lost a family member in a car accident caused by a negligent driver, we encourage you to contact a personal injury lawyer as soon as possible to discuss your legal rights.