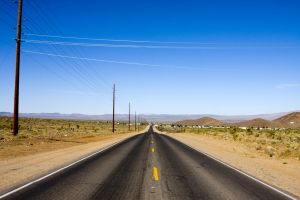 An Alabama man has been convicted of murder in connection with a fatal 2010 drunk driving crash. The Gulf Coast Daily News reports that 30 year-old Mark Howard was found guilty after a Baldwin County jury deliberated for approximately two hours.

"This man showed utter contempt, total disregard for human life," said District Attorney Hallie Dixon. "It was a reckless murder. He deserves this murder conviction, and innocent people deserve to be protected from him while he serves what I hope will be a long prison sentence."

Local law enforcement officials said that Howard got behind the wheel of his Dodge pickup after drinking all day on July 31, 2010. He then crossed a roadway center line and struck a Toyota subcompact car head on. The driver of that vehicle, 68 year-old Wanda Logue Luttrell, was killed in the crash. Howard was seriously injured.

"He was completely loaded, like any other weapon, when he got behind the wheel of that truck and crushed the life out of Wanda Luttrell," Dixon said. Howard reportedly had multiple convictions for driving while intoxicated: he had been released from jail only three months previously for his last offense.

A sentencing hearing is expected to be set within 30 days. With a murder conviction, Howard could be sentenced 10 to 99 years in jail, or to life in prison.

• According to the National Highway Traffic Safety Administration (NHTSA), more than 10,000 people died nationwide in 2010 accidents caused by drunk drivers. That means one person was killed every 51 minutes throughout the year. Annually, costs associated with drunk driving crashes exceed $37 billion.

• NHTSA research has revealed that repeat offenders account for approximately one-third of all drivers arrested or convicted in connection with impaired driving offenses.

• An average person requires about an hour to metabolize one drink, which means only time can help sober a person up. Drinking coffee, taking cold showers and exercising will not make you sober any faster.

At Aaron Sachs & Associates, P.C., our car accident lawyers represent injury victims in Columbia, Missouri and throughout the surrounding areas, including Jefferson City, Moberly, Boonville, Fulton, Holts Summit, Hannibal and Versailles. If you've been injured by a drunk driver, we may be able to assist you. We work on a contingent fee basis, and we offer a no-cost, no-pressure consultation to discuss your case. To schedule an appointment, please contact us toll-free at 1-888-777-AUTO. You can also visit our website to meet our attorneys or to contact us online.
Attorney meetings by appointment only
Categories