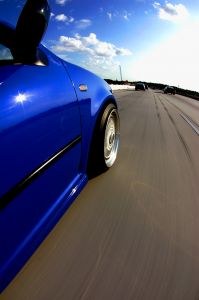 The National Transportation Safety Board (NTSB) has released its annual "Most Wanted List," which outlines the agency's top ten transportation priorities for the upcoming year. "Transportation is safer than ever, but with 35,000 annual fatalities and hundreds of thousands of injuries, we can, and must, do better," said Deborah A.P. Hersman, NTSB Chairman, in an official news release. "The Most Wanted List is a roadmap to improving safety for all of our nation's travelers."

The list covers all modes of transportation, but here are four key areas identified by the NTSB that directly relate to auto accidents involving passenger vehicles:

• Preserving the integrity of the transportation infrastructure. With respect to roadway travel, this is no small task. There are over 3.9 million miles of public roads in the United States, and in 2009, those roads received a D-minus grade from the American Society of Civil Engineers. In addition, the Pew Research Center reports that a third of our major roadways are in substandard condition, while more than a quarter of our 600,000 bridges "need significant repairs or are burdened with more traffic than they were designed to carry." The NTSB cites several fatal accidents caused by these deteriorating roadway conditions, emphasizing the need for more resources, better maintenance, and clearer inspection guidance.

• Eliminating substance-impaired driving. Impaired drivers have long been a problem on American roadways. According to the Centers for Disease Control and Prevention, 10,228 people were killed in 2010 crashes that involved drunk drivers, meaning alcohol played a role in about a third of all traffic deaths that year. What's more, drugs other than alcohol were a factor in approximately 18% of 2010 motor vehicle driver deaths. Impaired drivers are much more likely to be involved in crashes that cause serious, life-threatening injuries - and in many cases, the victims of these crashes include innocent motorists who just happened to be traveling nearby. To combat this issue, the NTSB recommends implementing programs that use both general deterrence (to discourage impaired driving within the general population) and specific deterrence (to prevent repeat offenses after an impaired driver has been caught).

• Eliminating distraction in transportation. There's no question that distracted driving is a problem of epidemic proportions. Research indicates that using a cell phone behind the wheel causes a 37% decrease in the amount of brain activity associated with driving - and, accordingly, drivers who use cell phones are four times more likely to be involved in crashes that result in injury. Accordingly, the NTSB encourages states and regulators to ban drivers from the nonessential use of portable electronic devices, and suggests that law enforcement officials develop a protocol for investigating the role of these devices in motor vehicle accidents.

• Mandating motor vehicle collision avoidance technologies. Certain kinds of accidents can be especially deadly for passenger vehicle occupants, including rear-end collisions, run-off-road crashes, and accidents caused by lane change maneuvers. The NTSB maintains that collision avoidance technologies (such as forward collision warning, automatic braking, and electronic stability control) can prevent many of these accidents: accordingly, the agency recommends that the National Highway Traffic Safety Administration (NHTSA) "establish performance standards where still needed and mandate that these technologies be included as standard equipment in cars and commercial motor vehicles alike."

At Aaron Sachs & Associates, P.C., our personal injury lawyers represent car accident victims in Joplin, Missouri and throughout the surrounding areas, including Carthage, Webb City, Sarcoxie, Carl Junction, Pierce City, Noel, Anderson, Pineville and Goodman. We work on a contingent-fee basis, and we offer a free initial consultation to discuss your case. To schedule an appointment, please call us toll-free at 1-888-777-AUTO. You can also visit our website to learn more about our firm, or to contact us online.
Attorney meetings by appointment only
Categories