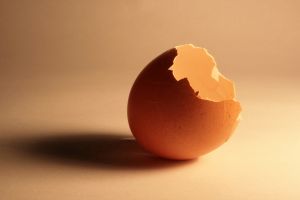 Prior injury doesn't negate recovery for injury exacerbation in Missouri, according to precedent. In other words, when personal injuries are caused by negligence, Missouri law says the victims are entitled to full compensation for their losses, even if they suffer from preexisting conditions. This concept is known as the "eggshell skull rule," which provides that you take your plaintiff as you find him or her.

• Max and Sam sit at the same table in school. They've been arguing, and in frustration, Max kicks Sam in the shin. Max doesn't even kick that hard, but Sam screams, and his leg immediately swells. As it turns out, Sam had injured his shin playing soccer the week before, and Max's actions make the injury much worse: Sam requires surgery, and in the end, Sam's mobility is permanently affected. Sam can sue Max for the full extent of his injuries, even though Max didn't intend to cause any real damage; and even though Sam's preexisting condition (not caused by Max) made him more susceptible to injury.

The eggshell skull rule played a role in a 2011 Missouri 8th Circuit case: in Kingman, et al. v. Dillards, Inc., the court held that an injured woman deserved to be fully compensated for injuries sustained to her shoulder, even though she had injured the same shoulder previously.

In 2004, Paula Kingman was shopping in a Dillards store when a high-hanging clothes filled rack fell on her. She twisted her right arm back violently to avoid being hit in the face and buried in clothes. Her right shoulder was injured that day as well as in both previous and subsequent accidents - in fact, years previously, she had been involved in a car accident that left her husband a quadriplegic. Paula had been his primary care giver, until the Dillards accident.

Paula sought compensation from Dillards for her injury. Dillards defended with the contention that they didn't cause Paula's injury and that they couldn't have known that Paula was already injured.