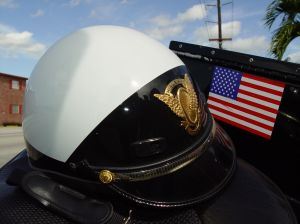 In 2010, there were 208 fatal crashes on Missouri roadways that were caused by drunk drivers. An additional 2,642 drunk driving accidents left 3,823 Missourians injured during the same year. Recently, we reported that several law enforcement agencies participated in a statewide effort to curb drunk driving over St. Patrick's weekend. And this weekend, the Springfield News-Leader discussed the effects of Christian County's "no refusal" law, which is designed to help officers identify impaired drivers.

A "no refusal" law is designed to compel drunk drivers to submit to sobriety tests. If a suspected drunk driver refuses to take a breathalyzer in Christian County, police can seek a warrant for a blood test (to be administered immediately). The process works like this: when a driver refuses, an officer then contacts the on-call Christian County prosecutor. If the prosecutor believes there is enough evidence (probable cause), he or she will then contact a judge. The judge reviews the information and issues the warrant, and an emergency medical technician is dispatched to the Christian County jail to take a blood sample.

It's been a year since the law took effect, and, according to the News-Leader, "prosecutors have succeeded in obtaining breathalyzer tests or blood samples from 25 of the 31 drivers suspected of DWI who refused to be tested" in Christian County.

Assistant Prosecutor Ben Miller said the policy has equipped law enforcement with a very important tool. "Over the past few years we, and prosecutors around the state, have begun to see a trend in DWI cases: people (whether they be judges or jurors) want to see that 'magic' number in regards to a person's BAC," Miller said in an email to the News-Leader. "This is an extension of what most prosecutors call the 'CSI effect'...where people are so trained by what they see on TV, from what they hear from friends, and what they expect from a society that is big on technology that they absolutely expect physical scientific evidence because they can even consider guilt in a case."