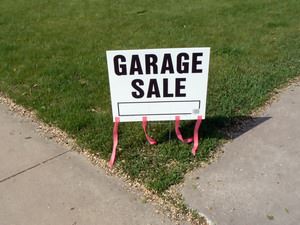 Upon hearing about car accidents caused by distracted driving, most people automatically think of cell phones. However, there are other common sources of driver distraction. As the Missouri Department of Transportation (MoDOT) pointed out in a recent news release, one such source is roadway signage, which is especially prevalent during the summer months. Yard signs, campaign signs, billboards and electronic message displays (EMDs) can distract drivers by taking their full focus away from the task of driving.

The hazard presented by signs has led MoDOT to ask citizens to keep yard signs and campaign signs away from state-owned property. Both state law and Missouri Department of Transportation policy "prohibit the installation or maintenance of non-approved items on state right of way." Non-approved items might include streamers, garage sale signs, political signs, banners and/or balloons.

According to MoDOT, these signs can cause restricted visibility, particularly for drivers attempting to enter or exit driveways and streets. In addition, "it is dangerous for persons when installing or maintaining these signs to be on highway right of way in close proximity to traffic," the news release points out. Finally, these signs can interfere with roadway maintenance projects and present obstacles to drivers who need to pull over quickly in emergency situations.

Signs may be placed on privately owned property - even by main intersections - as long as they do not interfere with traffic safety or visibility. To place signs on state-owned property, you must obtain a permit from the state. Since there are more state regulations than city regulations concerning roadways, it is easier to get permission to place signs on streets maintained by the city. However, it is important to note that each city has different rules and processes that must be followed.

When Missouri sign regulations are violated, MoDOT attempts to contact the owner of the unauthorized sign before removing it. After removing the sign, MoDOT will hold it 30 days at a local maintenance facility, and the owner can retrieve it within that time frame.

While small paper signs are easy to take down, other distracting roadway signs can't be removed so easily, thanks to Electronic Message Displays (EMDs). The Federal Highway Administration (FHA) studied the success of stimuli boards attracting attention on the road, and found that the motion and other image components of these "improved" billboards are very distracting to drivers. According to The National, "[In 2010] more than a dozen US cities have banned the popular electronic advertising billboards, pointing out that unlike mobile phones, drivers cannot switch them off."

Although distractions are inevitable, there are many ways to keep your focus on the road when you're behind the wheel.

• Don't try to multitask. Many drivers believe they can engage in other activities and still drive safely, but you only have to take your eyes off the road for a split second to cause an accident.

• Follow the speed limit. Speed plus distraction equals disaster: if you're driving too fast for roadway conditions, you'll have less time to react to unexpected situations - and you're much more likely to crash.

• Keep your attention on the road in front of you. While EMDs and other signs may catch your attention, don't forget - even momentarily - about traffic around you.


At Aaron Sachs & Associates, P.C., our personal injury lawyers represent accident victims in Joplin and throughout the surrounding Missouri areas, including Webb City, Carthage, Sarcoxie, Carl Junction and Pierce City. To schedule an appointment for a free initial consultation, please call 1-888-777-AUTO, or visit our website.
Attorney meetings by appointment only
Categories