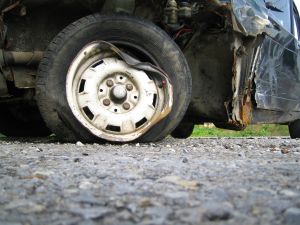 On Thursday, a former Norwich University student appeared in a Vermont court and pleaded guilty to charges of driving under the influence resulting in a death and negligent operation of a motor vehicle resulting in a death. In addition, 23 year-old Derek Seber also pleaded no contest to a charge of leaving the scene of an accident. Initially, Seber had pleaded not guilty to all of the charges against him, but last week he requested a change of plea after reaching a deal with prosecutors. In exchange, prosecutors will recommend that Seber serve two and a half years in prison: the remainder of his five to 15 year sentence will be suspended. Without the plea deal, he could have received up to 45 years in jail.

The charges against Seber stem from a drunk driving crash that killed Norwich University freshman Renee Robbins last October. The accident happened when seven freshmen piled into Seber's Acura 4S after attending a party hosted by another Norwich student. Witnesses reported seeing the Acura speeding excessively and passing dangerously before the vehicle left the roadway and crashed into the woods. Robbins, who was riding on another passenger's lap in the front seat, died in the accident, while three other passengers sustained critical injuries.

According to authorities, Seber fled into the woods when he police arriving at the scene. When firefighters discovered him hiding in the woods about 100 feet away from the crash, he gave them a fake name. After he was taken to the hospital, he again attempted to flee, making it through an emergency exit before being escorted back to his room by the police. Tests revealed that Seber's blood alcohol content (BAC) was 0.212%, which is over twice the legal limit of 0.08%.

Seber was arraigned on Monday, October 3. At that time, he pleaded not guilty to all the charges against him, and he was informed that he could face up to 45 years in prison if found convicted on all charges. After his court appearance, Seber posted a $100,000 bail and was released into the custody of his parents. He subsequently withdrew from Norwich.

The student who hosted the party held on the night of the accident was also arrested. 20 year-old Logan O'Neill is charged with enabling a minor to drink alcohol, minor in possession of alcohol and violating conditions of release: according to police, O'Neill has been convicted of two previous drunk driving offenses. Abstaining from drinking was a condition of his release.

In a sworn affidavit, O'Neill admitted to hosting the party and knowing that his underage guests were drinking. He told authorities that "he did not mean for what happened to occur." If O'Neill is convicted, he could face up to two years and seven months in prison.

After Seber's change of plea hearing, Robbins father told reporters that he was not satisfied with the length of the sentence, and that he had hoped to see a prison term of at least four years. The court has launched a pre-sentencing investigation: a final decision is expected within four to six weeks.


At Aaron Sachs & Associates, P.C., our car accident attorneys represent the victims of drunk driving accidents in Joplin, Missouri, and throughout the surrounding areas, including Carthage, Webb City, Lamar, Pierce City, Noel, Neosho and Nevada. To schedule an appointment for a free initial consultation, please call us toll-free at 1-888-777-AUTO, or visit our website.
Attorney meetings by appointment only
Categories