Are you covered in the event of a Missouri car accident caused by an uninsured driver? 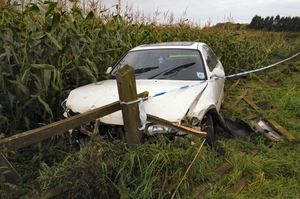 It is estimated that approximately 10-15% of drivers throughout Missouri don't carry auto insurance, even though state law requires drivers to have insurance. If you're injured in an auto accident, there's the unfortunate risk that the driver who caused the auto accident is will be uninsured. Under those circumstances, do you know who would be responsible for your medical bills and other expenses?

Being involved in an auto accident can be difficult enough, even when both parties are insured and liability is clear. And if you've suffered whiplash or sustained soft tissue injuries, the physical pain you're feeling can distract you from other important issues. Further, insurance companies can be reluctant to offer even token settlements to cover the cost of personal and bodily injury, pain and suffering, emotional distress, and other damages resulting from car accidents. In some cases, claims can drag on for years and years.

Now imagine jumping through these hoops because of an auto accident cause by an uninsured driver. In this situation, you may still be able to recover compensation for your property damage and even your injuries. Insurers offer uninsured motorist coverage, and in fact, this coverage is required for all Missouri drivers. This portion of the policy allows you the ability to collect damages from your own insurance carrier if you are involved in a car accident caused by an uninsured driver.

Uninsured motorist insurance coverage also applies in the event of a hit-and-run accident, where the at-fault driver eaves the scene and can't be located. In this example, uninsured motorist coverage is available to take the place of coverage that should exist, so you're not left on the hook for thousands of dollars in medical expenses and property repairs that were incurred due to the negligence of another party. Further, it applies in similar situations where pedestrians are injured by drivers who flee the scene of the accident, or where the driver who caused the crash can't be found.