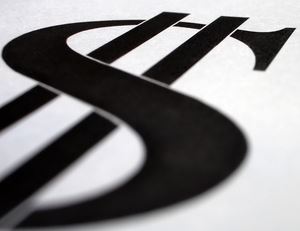 There are around 30,000 cars using the Missouri 152 corridor per day. In particular, there's a large amount of school traffic in that area, as many students in Liberty schools reside on the Kansas City side of school district boundaries. According to Superintendent Mike Brewer, buses make 128 trips across 1-35 every single day. The flyover will cross over I-35 and reduce the number of vehicles by approximately 7,500 cars. It will feature 2, 16-foot wide driving lanes, a 10-foot wide sidewalk (separated from traffic with a barrier and a fence), and 2 roundabouts (one at Northeast 76th; one at Liberty Drive). It's anticipated that construction will begin this year, and will take 18 months to 2 years to complete

Capt. David Tedesco, Liberty Police Department, added that adding police presence to the Missouri 152 corridor was responsible, in part, for reducing the number of car accidents to 454 by the end of September 2011. The total through September 2010 was 473. He felt the other deterrent was accomplished through public education, as the corridor has been formally declared an Accident Reduction Zone.

Flintlock Flyover History
The construction of the Flintlock Flyover has been a topic of discussion since before 1998. It has been part of various elections over the years with voters going back and forth on the importance of ear-marking funds for the overpass. A delegation of Liberty officials spoke to the Missouri Highways and Transportation Commission in 2006 when federal funds for the project fell short.

So, this recent news about the signed transportation funding agreements is fantastic news for the drivers in Kansas City and Liberty, especially commuters. And it is certainly good news for everyone who works to reduce the number of car accidents on Missouri roads.

For more information about the 152 Task Force or the Flintlock Flyover, visit the Kansas City Missouri Police Department's website, or the City of Liberty's website.