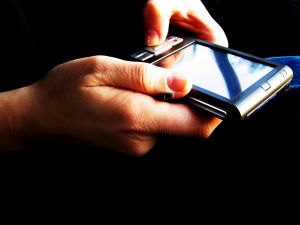 It's no secret that cell phone use contributes to thousands of car accidents every year. Numerous safety campaigns have endeavored to raise awareness about the dangers of talking or texting while driving. Now, it appears the popularity of internet-equipped smartphones has created yet another threat to roadway safety: what researchers call "webbing."

According to a recent survey from State Farm Insurance, more and more people are "webbing" and driving, which is defined as surfing the internet while behind the wheel. The survey, which polled approximately 1,000 drivers, revealed a considerable increase in the number of "webbing" drivers over the last three years.

Webbing and driving has become especially prevalent among younger drivers, increasing from 28% in 2009 to 48% in 2012. "The mobile internet is generating another set of distractions for drivers to avoid," said Chris Mullen, Director of Technology Research at State Farm, in an official news release. "While the safety community is appropriately working to reduce texting while driving, we must also be concerned about the growing use of multiple mobile web services while driving."

Here are some of the survey's other findings with respect to young drivers (age 18 to 29):

In drivers of all ages, the survey determined that webbing and driving has increased from 13% in 2009 to 21% in 2012. 15% of all drivers view social media while driving, compared to 9% in 2009. And 13% of drivers admit to updating their social media accounts while behind the wheel, which increased from 9% in 2009.

This year, the National Transportation Safety Board (NTSB) recommended that all states enact a total cell phone ban for all drivers. This recommendation followed a lengthy investigation into an accident in Gray Summit, Missouri, wherein a 19-year-old driver rear-ended a tractor truck, causing a pileup involving two school buses loaded with high school students on a field trip. Thirty-eight people were injured in that wreck, and two were killed: the 19-year-old driver and a student aboard one of the buses. The NTSB discovered that the teen had sent and received 11 text messages in the 11 minutes leading up to the crash. "Driving was not his only priority," said NTSB chairman Deborah Hersman. "No call, no text, no update is worth a human life."

At Aaron Sachs & Associates, P.C., our personal injury lawyers serve the victims of Missouri auto accidents: we represent clients in Joplin and throughout the surrounding areas, including Carthage, Webb City, Nevada, Neosho, Diamond, Noel, Anderson, Pineville, and Goodman. If you or a loved one has been injured due to another driver's negligence, we may be able to assist you. Our attorneys work on a contingent fee basis, and we offer a free initial consultation to discuss your case. To schedule an appointment, please call us toll-free at 1-888-777-AUTO, or visit our website.
Attorney meetings by appointment only
Categories