Under the terms of Missouri law, all drivers are required to carry some kind of liability insurance coverage - in fact, you can't license a vehicle or renew your plates unless you can show proof of insurance. The state minimum requirements are as follows: 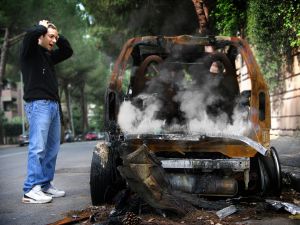 However, here's a sobering fact: despite the requirements of state law, approximately 14% of Missouri drivers don't have auto insurance. This is especially bad news for those motorists who are unlucky enough to be involved in collisions with these drivers. The Office of the State Auditor of Missouri reports that uninsured motorists cost insured drivers an estimated $90 million dollars annually.

Who is an uninsured motorist?

• A motorist with no insurance
• A hit and run driver, or a driver who is otherwise unidentifiable

Why do I need uninsured motorist coverage in Missouri?

Many drivers don't understand why they are required to have this kind of insurance, and how it works to protect them. Uninsured motorist coverage can cover your wage loss, medical care, and property damage if you are injured by a driver who either doesn't have insurance, or by a hit and run driver who cannot be identified.

When does my uninsured motorist coverage kick in?

Missouri courts have established the following criteria for drivers who wish to file uninsured motorist claims against their own insurance companies:

(1) the insured incurred bodily injuries; (2) the injuries occurred as a result of an accident with an underinsured motorist; (3) the insured is "legally entitled" to collect from the owner of the underinsured vehicle; and (4) the limits of all applicable policies [are] exhausted by payment or settlement. [State ex rel. Shelton v. Mummert, 879 S.W.2d 525, 528 (Mo. banc 1994)]