The Federal Motor Carrier Safety Administration (FMCSA) on August 31, 2011 released the results of a study conducted by the University of Michigan Transportation Research Institute (UMTRI) that involved motor carriers in Missouri. The Springfield Missouri truck accident lawyers are encouraged by the results of this study and hope you are too. The study was implemented to discover if the new initiative Compliance, Safety, Accountability (CSA) by the FMCSA would actually improve large truck and bus safety, which ultimately should reduce truck and bus crashes, and the injuries and fatalities that are related to commercial vehicles. 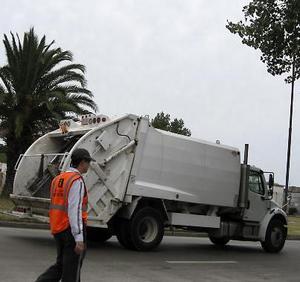 The Compliance, Safety, Accountability Program (CSA) went into effect in December 2010 and it is a new enforcement and compliance model that allows the FMCSA and its State partners to address safety problems earlier than before. CSA allows FMCSA and Missouri motor carrier inspectors to contact and inspect a much larger number of carriers sooner than before. The program was designed to use all systems more effectively and more efficiently. In part CSA works better because the program targets behaviors and no longer groups safety problems together in a one size fits all application. Data has shown that it is driver behavior more often than not that causes truck and bus accidents.

The UMTRI study began in February 2008 and divided Missouri motor carriers into test and control groups. The study initially included Missouri and three other states and the following year added five more. The UMTRI evaluated the effectives of the CSA's new Safety Measurement System (SMS) as well as CSA interventions. The study also compared the efficiency and costs of the new CSA versus the previous model used by FMCSA.

CSA and Missouri Truck Crashes
While the study showed that motor carriers with the worst safety problems did not improve under the new CSA at any better rate than the control group, the rest of the study shows very good results. The goal of FMCSA remains to reduce the number of motor carrier safety violations. By improving not only motor carrier compliance but the number and type of inspections investigators are able to perform, this goal should be reached at a much better rate than the recent past.

And if the crash rate of unsafe carriers is three times higher, by conducting more inspections and more focused inspections the ultimate goal, to reduce truck and bus crashes, should also show improvement. This is good news for Missouri roads and for all the people the Springfield Missouri truck accident lawyers serve.

For more information about truck accidents visit our website.