If you were driving in the area of the Chestnut Expressway and Nettleton Avenue in Springfield, Missouri Friday night October 28, 2011 you probably noticed a sobriety checkpoint or were caught in the traffic delay. The Springfield Police Department (SPD) conducted the checkpoint as a way to increase enforcement of drunk driving. Drunk driving continues to be a significant cause of car accidents and as such remains a priority for enforcement. There was a second checkpoint conducted by SPD and Greene County Sheriff at the Kansas Expressway and Walnut Lawn on October 22, 2010. 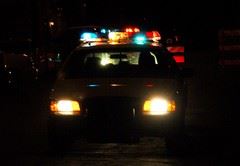 This Halloween weekend was targeted by Springfield Police Department because holiday weekends tend to have an increase in drunk driving and in car accidents. SPD's primary objective was to catch drunk drivers before they caused a car accident and placed other people in danger. The sobriety checkpoints are funded through grant money from the Missouri Department of Transportation (MoDOT). The operation funnels cars into two lanes or less. At the checkpoint, vehicles are stopped and approached by an officer. Anyone with a valid driver's license and no evidence of drinking are sent on their way. The plan was designed to keep non-offenders for no longer than three minutes.

Results of Springfield PD Checkpoints
The checkpoints were conducted from approximately 10 p.m. until 2:30 a.m. each night.

During the October 22 checkpoint: