Young, inexperienced teens pose huge threats to motorists on our roadways, but elderly drivers can be at even greater risk. Old age is oftentimes accompanied by many unwanted and unfortunate symptoms, including decreasing cognitive function, eyesight, coordination and other deteriorating skills, according to US News. Do you know when the right time may be to throw it in park for good? Or when to suggest your parents or grandparents retire their racing career? 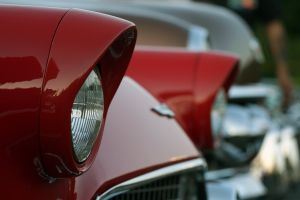 All of these symptoms are just an unavoidable part of life that are coped with by many people in a number of ways. These symptoms also increase your risks for being involved in a car accident in Camdenton, Boonville, Fulton and the surrounding areas.

Our Warsaw car accident lawyers urge you to keep an eye on the abilities and functioning of your older loved ones. We also ask that you keep an eye on your own driving abilities. There will come a time in everyone's life when it's time to stop driving for personal safety and for the safety of others.

The National High Traffic Safety Administration asks you to observe yourself and see if any of the following questions pertain to you. If so, it may be time for you to find another ride:

-Are you finding scratches or dents on your car?

-Are you getting lost when taking a familiar route?

-Are you receiving driving violations?

-Have you received recommendations from you doctor suggesting you to stop or reduce your driving?

-Are you getting into accidents, or many near-misses?

-Are you finding that road signs or road marking are becoming suddenly overwhelming?

-Do you find yourself driving too fast or too slow for no apparent reason?

According to the NHTSA, nearly 5,500 people age 65 and older were killed in motor-vehicle accidents in 2009. The older population made up nearly 20 percent of all traffic deaths during the year. They also made up nearly 10 percent of the people that were injured in these accidents. The number of these injuries experienced a 2 percent increase from the previous year.

More than three quarters of older occupants of passenger vehicles that were involved in fatal accidents were wearing their seat belts at the time of the accidents, compared for about 60 percent of all other adult occupants.

In 2009, Missouri saw nearly 200 fatal accidents that involved a driver age 65 or older.

If you are dealing with a car accident in Osage Beach, Tipton, Sedalia, Ashland or the surroundings area, call 573-449-5500 today for a confidential consultation to discuss your rights.