Missouri truck accident lawyers will closely follow a case in Callaway County regarding a school bus driver and a traffic accident that occurred this January in Williamsburg, MO. This case is an example of how poor or negligent driving practices can result in very tragic consequences including criminal negligence charges or worse as the end result for the driver.

Unfortunately the news is filled with many other similar stories, which are shared here. 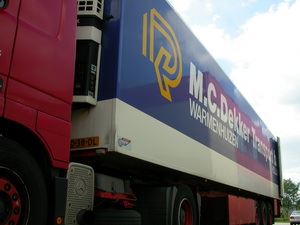 Missouri State Highway Patrol (MSHP) recently ended its investigation into a school bus accident which killed a six-year-old boy in Williamsburg in Callaway County in January of this year. The driver has been charged with second-degree involuntary manslaughter. The MSHP investigation determined the driver did not wait long enough after the boy left the bus before he drove away. The driver ran over the boy.

In California on Friday July 29th a truck driver was convicted of two counts of vehicular manslaughter and three counts of reckless driving causing injury. This is from a 2009 truck accident where prosecutors contend the driver ignored warnings about his truck's brakes as he traveled down a steep mountain highway and subsequently caused a truck accident. His runaway 18 wheeler slammed into a car killing a man and his daughter. His truck then hit several other vehicles and came to rest in a bookstore causing several injuries.

An Oregon truck driver is facing charges after he fell asleep at the wheel on Interstate 5 on Thursday July 28. His tractor-trailer truck slammed into the back of an unoccupied DOT truck with flashing arrows then crossed the concrete median barrier and blocked oncoming traffic for over five hours. Though no one was hurt in this accident it resulted in a costly cleanup and a traffic jam that stretched for miles and lasted for hours. The driver is also charged with falsifying his log book. The log book is used to record how much time is spent driving and how much time is spent resting.

What Does Negligent Driver Mean?
In general terms a driver is negligent if they fail to take reasonable precautions or they fail to pay proper care or attention while driving. This includes everything from ignoring traffic laws to talking on a cell phone to driving while intoxicated or drowsy.

To determine negligence many factors of the truck accident may be examined. A professional investigator looks at all the evidence available and determines if the accident could have been avoided and then more importantly if the actions of the driver caused the accident or increased its severity.

If you believe you have been the victim of negligent truck driver practices and were involved in a truck accident it is important you speak with a Missouri truck accident lawyer. We can help you sort out the facts and determine how your case should be handled. Set up an appointment for a free consultation and take the steps you need to resolve your situation.