Just a few months ago, the National Law Enforcement Initiatives Manager for Mother's Against Drunk Driving (MADD), Carl McDonald, began his venture of a three-month trans-American bicycling journey. Along for the ride was his sister Sallie McDonald. The two of them set out on the ride to raise money for MADD and to honor the memory of his five-year-old daughter, who was killed by an intoxicated driver. 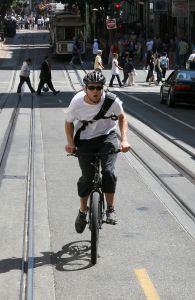 Carl lost his five-year-old daughter to a drunk driver back in 1998. This driver was operating a vehicle with a blood alcohol concentration (BAC) of .22, which is nearly three times the legal limit.

Our Jackson and Cape Giradeau Missouri car accident attorney support the cause that Carl and his sister are riding for. Drunk drivers cause too many fatal car accidents in Sikeston, Kinnett, Dexter and elsewhere in Southeast Missouri. Not only does the summer time bring out an increased number of drunk drivers, it also brings out an increased number of bicyclists. It is important for all motorists, and bicyclists, to practice extra cautious and alert driving habits during these next few summer months.

The brother and sister duo started the venture at Amelia Island in Florida back at the end of April. They plan to finish their biking journey in Astoria, Oregon. Their planned journey aims to take them through Florida, Alabama, Mississippi, Tennessee, Kentucky, Illinois, Missouri, Kansas, Colorado, Wyoming, Montana, Idaho and Oregon.

It is estimated that nearly 11,000 people will lose their lives this year alone because of drunk-driving accidents. This is equivalent to one life lost every 50 minutes. According to the Nation Highway Traffic Safety Administration (NHTSA), these fatal accidents will count for more than 30 percent of all motor-vehicle accidents for the year. Nearly 200 children died because of traffic accident involving an alcohol-impaired driver. Missouri witnessed nearly 400 deaths resulting from accidents involving an intoxicated driver in 2009 alone.

Safety tips for motorists to increase safety for bicyclists:

-Wait until you're sure it's safe before passing a bicyclist.

-Always give a bicyclist the right of way.

-Give bicyclists extra time to get through intersections.

-Be extra cautious when reversing or opening your vehicle's doors as passing motorists are an easy target in these incidents.

Motorists are also urged to report drunk drivers on our roadways:

-Stay away from the vehicle. Do not attempt to stop the vehicle or the driver yourself.

-You can spot a drunk driver as they will typically swerve, change lanes erratically, stop or accelerate for no reason, travel much slower or faster than the posted speed limit and may even ignore stop signs and traffic lights.

-Attempt to get a description, from a distance of course. Get the vehicle's color, make, model, license plate number and a description of the driver as well. Be sure to know the road they're traveling on and the direction they're headed too.

-Call your local law enforcement and let them handle the situation.

If you or a loved one has been involved in a Missouri bicycle accident or in a car accident with a drunk driver, call the Jackson Injury Lawyers at Aaron Sachs & Associates for a free initial consultation to discuss your rights. Call (573) 334-7959.