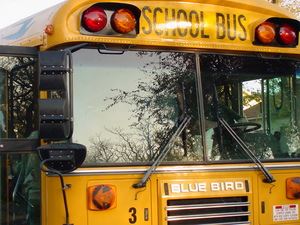 commercial trucks and tractor trailers are damaging enough, but throw alcohol into the mix and you have a recipe for disaster. While buses and school buses are safer to ride in than cars or other passenger vehicles (fewer accidents per mile driven), a bus or school bus accident can have a larger and more devastating impact because of the number of people involved, especially when those people are children. The size and weight of the bus can also increase the actual damage and the severity of injuries. A drunk driver on the road naturally increases the chances of traffic accidents, and the stakes can be high when a bus or a tractor trailer is also involved.

School Bus Accidents Involving Alcohol
A local school bus accident involving a drunk driver occurred Friday, November 4, 2011 shortly after 4 p.m. in the Springfield, Missouri suburb of Willard. A Willard School District school bus was traveling south on Farm Road 105, two miles north of Willard. The drunk driver was traveling north when he struck the school bus and then collided with a tree, totaling his 2003 Mercury. This particular accident only involved minor injuries to the drunk driver's passenger, and it appears the bus was empty of students at the time. But the potential for serious injury and death is very great for school bus or tour bus accidents involving drunk drivers.

According to the National Highway Traffic Safety Administration, over 25 million kids ride a school bus to and from school each day nationwide. Annually, more than 500 children are killed in alcohol related traffic accidents. The highest percentage of this type of accident involving children occurs between 3 p.m. and 9 p.m. as children are riding home from school or traveling to after-school activities.

Alcohol and Accidents
In 2010, in Greene County, Missouri, alcohol was involved in 345 of the 8,401 traffic accidents that occurred. Needless to say, driving while intoxicated is irresponsible and careless. It endangers not only the driver but other drivers and their passengers. Driving a school bus or motor coach requires an awesome responsibility for the driver to deliver passengers safely. This job is made more difficult when any driver decides to drive while intoxicated.

School districts and motor carrier companies can utilize background checks and safety records to reduce the chance of hiring a driver with a drunk driving history. This practice has gone a long way in reducing the number of bus drivers who drive intoxicated. But the danger still exists, and so does the danger of another driver causing a school bus accident. People driving their personal vehicles are unaffected by this type of prevention.