Roadway traffic through the holiday season is expected to increase significantly, and with the boost in traffic comes an increase in drunk driving car accidents in Cape Girardeau and elsewhere. To help make the roadways safer, Troop E of the Missouri Highway Patrol will be conducting a number of sobriety checkpoints in the area. According to Captain George E. Ridens, troopers will be administering a number of intoxicated-driving "saturations" in conjunction with sobriety checkpoints in Dunklin County, as well as the counties of Cape Girardeau and New Madrid. 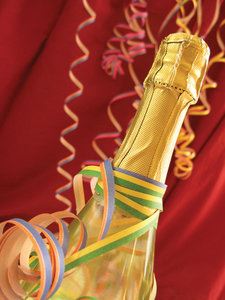 "The driving while intoxicated saturation is a mobile operation in which troopers saturate a specific area in an effort to arrest intoxicated drivers," Ridens explained in a statement.

Our Gape Girardeau drunk driving accident attorneys understand that these types of accidents are so prevalent during the holiday season that national organizations are joining the fight. During this time, Mothers Against Drunk Driving (MADD) will be celebrating the fifth anniversary of its Campaign to Eliminate Drunk Driving. For this year's efforts, MADD released a new report that rates each state on its efforts to stop alcohol-related traffic crashes. The U.S. as a whole received a ranking of three out of five stars.

"While we've made substantial progress with the Campaign over the past five years, the ratings earned by each state show that there is still much work to be done," said MADD National President Jan Withers.

Missouri received a rating of three out of five stars for its efforts to combat drunk driving. The report said that the expansion of ignition interlock devices for repeat offenders paired with high-visibility law enforcement helped to decrease the number of drunk-driving fatalities in our state by more than 20 percent since the campaign started. Still, the report suggested that we use ignition interlock devices for first-time offenders to reduce the number of accidents even more. Lastly, it was suggested that our government beef up penalties for those who are busted driving drunk with a child in the vehicle.

"We are committed to ensuring travelers reach their destinations safely through enforcement and high visibility," said Lt. Steve Shields.

Drunk-driving car accidents cost the U.S. more than $130 billion every year. With stricter laws, this price tag and the number of alcohol-related fatalities can be reduced significantly. Of this $130 billion, more than $70 billion was paid out to quality-of-life losses.

As we approach the holidays, the number of drunk drivers on our roadways is expected to increase. With a conscious effort to practice responsible celebrating, we can help to keep the number of accidents down. If you plan on drinking, remember to designate a driver, find another sober ride home or stay the night somewhere safe. Drunk-driving car accidents are 100 percent preventable. Have a safe and happy holiday season.

If you or a loved one has been injured in a Missouri car accident with a drunk driver, call the Injury Lawyers at Aaron Sachs & Associates for a free initial consultation to discuss your rights. Call (573) 334-7959.