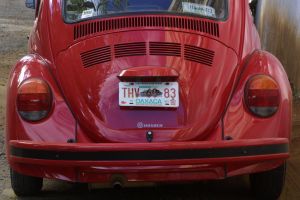 The Springfield Missouri personal injury lawyers have written many times about teen drivers and the problems facing them on the roads in Springfield, Missouri. In fact, car accidents are the leading cause of deaths among teens in Springfield and the rest of the United States. The risk is the highest between teens 16 to 19. This age group, mile per mile, is four times more likely to crash than older drivers are.

Many states have taken action to help save our teens' lives in the form of restricted driving privileges and higher ages for full licenses. One of the most popular programs is the one we have here in Missouri, known as graduated licensing. This is a three step process a teen must follow to get their drivers' license. Graduated driver licensing (GDL) systems allow full, unrestricted drivers' licenses for drivers under 18 only after an initial period of supervised driving (drivers permit) and an intermediate period of unsupervised driving that limits driving at night, transporting multiple young passengers, or both.

A recently published study by the Journal of the American Medical Association (JAMA) has examined the results of programs such as graduated licensing. JAMA's study looked at data from 1986 through 2007. They specifically targeted motor vehicle accidents that caused fatalities for teens between 16 and 19, nationwide. The goal was to ascertain just how effective these new nationwide restrictions have been in preventing teen fatalities.

The results were not encouraging. In the years since these restrictions have been introduced, fatalities for teen drivers 18 and 19 have actually gone up. In 2006, 297,878 Missourians age 16-20 held driver licenses. For some reason, stronger GDL programs with restrictions on nighttime driving and allowed passengers were linked with substantially lower fatality rates for 16-year-old drivers--but higher rates for 18-year-old drivers.