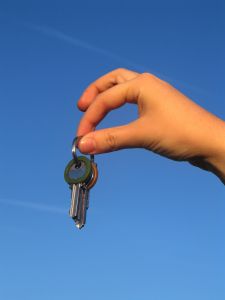 During the first six months of 2012, car accident fatalities increased by 19% among 16 and 17 year-old drivers, according to a recent report from the Governors Highway Safety Administration (GHSA). As Springfield personal injury lawyers, we know that teens are already an at-risk age group when it comes to serious crashes, so the 2012 data is worrisome, to say the least. However, there's good news: research indicates that parental involvement has a significant impact on a young driver's behavior behind the wheel. "Parents play a key role in preventing teen crashes," says Erin Sauber-Schatz, Senior Researcher for the National Center for Injury Prevention and Control. "When asked whose opinions they listen to, teens most often said their parents."

Consider the following statistics, compiled by the Children's Hospital of Philadelphia:

• Conversely, teens who report having "easy access to the keys" are more than twice as likely to crash, compared to young drivers who share vehicles.

So, what are some specific actions parents can take to safeguard their young drivers? Here are a few basic steps to help you stay involved with your teens' driving education and reduce their accident risks.

• Be a hands-on driving teacher. Under Missouri's Graduated Driver License Law, drivers must receive 40 hours of supervised instruction (including 10 hours of nighttime driving) to graduate from an Instruction Permit to an Intermediate License. Use the opportunity to help your teen build experience by practicing on different kinds of roads, at different times of day, and in different weather and traffic conditions.

• Know what your teen is doing. Always ask where they're going, who they're going with, and when they'll be home - and hold them to their word! Teen drivers are more likely to take risks on the road when they're not being held accountable for their whereabouts and actions.

• Develop a parent-teen driving agreement that's right for your family. Establish clear ground rules so your teen understands your expectations and the consequences of breaking the rules. (Click here to view a sample contract.)