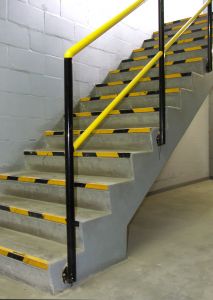 In recent years, safety conditions have improved dramatically in American workplaces, according to the U.S. Department of Labor. The Bureau of Labor Statistics' annual report on workplace deaths reveals that 4,609 employees died in 2011 workplace accidents, which represents a 1.7% decline from 2010, when 4,690 workers died. What's more, there's a 22% decline between last year and 2001, when 5,915 employees were killed. Encouragingly, workplace deaths have consistently decreased every year since 1994, when 6,632 fatalities were reported.

So, what factors explain the improved conditions and the reduction in fatal injuries to workers? First, authorities cite a collaborative effort from businesses, employees and industry organizations to make safety a priority and address potential hazards. "[Increasingly] employers value their workers. Not only is that the right thing to do, but it's expensive to replace them," Brian O'Donel told CNN. O'Donel is an industrial safety expert for Robson Forensic, which provides expert witnesses for civil litigation cases.

In addition, the Occupational Safety and Health Administration (OSHA) has enacted new rules and regulation that establish clearer guidelines about safety standards and requirements, O'Donel said.

The annual report also indicated that workers in the fishing industry have what is considered America's most deadly job, with 40 fishermen killed on the job in 2011. However, the most common dangerous activity in the workplace is driving. Traffic accidents caused nearly 25% of all work-related deaths, and 759 employees in the trucking industry died in 2011 crashes. While it's true that many more truckers died than fishermen last year, the fishing industry's fatality rate is approximately 121 deaths per 100,000 employees, which is five times the fatality rate for truckers.

The private mining industry also reported a 10% reduction in on the job deaths, while coal mining deaths dropped dramatically, with 43 deaths reported in 2010 and 17 reported in 2011.

Workplace violence also appears to be on the decline. Businesses reported a 5% drop from 2010: last year, 788 employees were killed in violent on-the-job incidents, with 458 of those employees being murdered. Most workplace homicides were connected to "disputes between workers or assaults by husbands and domestic partners," CNN reports. However, about one-third were linked to attempted robberies.