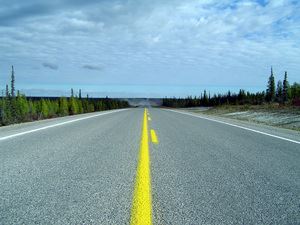 A California appeals court has ruled that the state is not liable for a crash caused by a state employee who was driving to work after a medical appointment for a work-related injury.

The case involved Linda Gadbois, who was a cook employed by the California prison system. In April 2008, she was injured on the job at Avenal State Prison (AVP) and sought medical treatment through the prison's workers' compensation network. However, Gadbois was not happy with her original doctor, so she selected a different provider from a list supplied by AVP. On the morning of May 28, 2008, Gadbois was scheduled to work, but she was authorized to take time off to attend an appointment with her new doctor. After the appointment, she called AVP and told her supervisor she was on her way to work. She died in a fatal car crash soon afterward.

Kenneth Fields, the other driver involved, was seriously injured in the collision. Ultimately, Fields filed a personal injury lawsuit against Gadbois's estate and the state of California. The suit argued that Gadbois was "acting within the scope of her employment" when she caused the crash, and thus the state was also liable for his injuries. This kind of argument is known as respondeat superior, which is a common-law doctrine "that holds an employer or principal legally responsible for the wrongful acts of an employee or agent, if such acts occur within the scope of the employment or agency."

Normally, employees are normally considered outside the scope of their employment when they're commuting to or from work: thus, injuries sustained during these commutes this concept is known as the "coming and going rule." But Fields' argued that Gadbois, in driving to work from a medical appointment for a work-related injury, was actually acting within the scope of her employment.

However, the appeals court disagreed. After reviewing the case, the court concluded that Gadbois's employer was not liable for Fields' injuries. The ruling points out that Gadbois requested the appointment of her own accord; that AVP did not require her to drive to the appointment; and that driving was not connected to her regular job duties.

Here in Missouri, an employee must prove that an injury "[arose] out of and in the course of employment" to receive workers' comp benefits. In 2005, section 287.020.3(2) of Missouri law was amended to read as follows:

"An injury shall be deemed to arise out of and in the course of the employment only if:

• (a) It is reasonably apparent, upon consideration of all the circumstances, that the accident is the prevailing factor in causing the injury; and