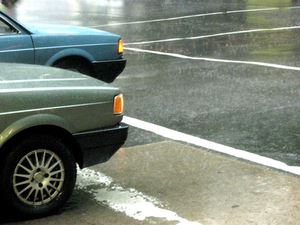 American traffic fatalities have consistently decreased every year for the last five years, according to federal statistics. In fact, the number of deaths reached a 60 year-low in 2011. However, newly-released data indicates that we may see that downward trend broken this year.

The new statistics are alarming for drivers in Joplin, Missouri and nationwide. The National Highway Traffic Safety Administration (NHTSA) says car crash deaths have increased by 9% in the first six months of 2012, compared to the first six months of 2011. Approximately 16,290 Americans died in car accidents between January and June 2012; 14,950 people died during the same time period in 2011. This increase is the largest jump since 1974, when NHTSA officially began keeping track of such data.

Closer to home, the Missouri Highway Patrol's Troop D is also reporting a 7% increase in traffic fatalities this year, compared to the first six months of 2011.

What's causing the increase? NHTSA officials are reviewing the data, but the spike in fatalities could be attributed to factors like "the weather, the economy, gasoline prices or traffic safety scourges such as the increase in texting or the use of synthetic or prescription drugs," according to Reuters.

Sadly, many fatal accidents can be linked to one simple cause: driver error. Studies have shown that negligence or carelessness contributes to as much as 81% of crashes. And these preventable crashes often cause injury to innocent motorists who were simply in the wrong place at the wrong time.

What kinds of drivers cause Missouri car accidents?

• Distracted drivers. Many current safety campaigns focus on the problem of texting and driving, since it's such a widespread issue and texting is an especially dangerous form of distraction. However, drivers can easily become distracted by a number of other factors, including music, passengers, food and scenery, just to name a few - and those distractions can also have disastrous consequences.

• Impaired drivers. Almost 30 people die every day in car accidents caused by drunk drivers, reports the Centers for Disease Control and Prevention. And about a third of all crash deaths are connected to alcohol use.

• Aggressive drivers. NHTSA defines an aggressive driver as "an individual [who] commits a combination of moving traffic offenses so as to endanger other persons or property." These offenses might include speeding, tailgating, aggressive or rude gestures, verbal or physical assault, and failing to yield, among others. In Missouri, the law says drivers must "exercise the highest degree of care" on state roadways, "so as not to endanger the property of another or the life or limb of any person."

If you've been injured in a car accident caused by another's driver's negligence, you may be feeling overwhelmed. In addition to the physical trauma that comes with serious injury, many victims find themselves plagued with worries. Who will pay my medical expenses? When can I go back to work - and what can I do about the days I've missed? How can I pay my bills if I'm not working?

At Aaron Sachs & Associates, P.C., we help our clients answer questions like these. We know how difficult the aftermath of a serious crash can be: that's why we're passionate about easing the burden for the people we represent.

We serve car accident victims in Joplin, Missouri and throughout the surrounding areas, including Carthage, Webb City, Pierce City, Noel, Carl Junction, Neosho, Nevada and Goodman. If you're interested in scheduling a free initial consultation to discuss your case, please contact our office toll-free by calling 1-888-777-AUTO. You can also visit our website to learn more about our firm, or to contact us online.