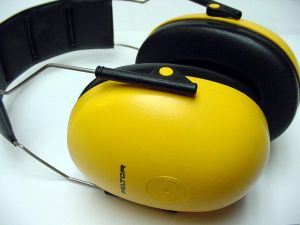 In 2011, the Occupational Safety and Health Administration and the National Institute for Occupational Safety and Health (NIOSH) have developed two guidance documents (one for employers and one for employees) that describe the use of spirometry testing. OSHA recommends that workplaces utilize these tests to help reduce and prevent exposure to respiratory hazards, which can cause serious work injuries in Missouri and throughout the country.

Spirometry is a common pulmonary function test that is used to measure the efficiency of air flow in a person's lungs. The inhalation of contaminants (such as dusts and gases) can - over time - cause some serious lung damage or even lung cancer. These documents present a number of ways that employers can identify and eliminate these types of work hazards. Elimination of these contaminants can help to prevent lung disease in workers.

If you work in a contaminant-high environment, our Missouri workers' compensation attorneys urge you to take this test as soon as possible: spirometry can detect changes in breathing, alerting you to lung dysfunction at an early stage. Employers are required by law to ensure the safety of their employees to the best of their ability. If an employer fails to protect a worker from a known hazard, they are responsible.

"Spirometry is the best available test for early detection of decreasing or abnormal lung function," said Dr. David Michaels, Assistant Secretary of Labor for Occupational Safety and Health. "Our joint effort with NIOSH in developing these products will help broaden outreach and enhance knowledge of preventive measures aimed at protecting worker health and safety."

Monitoring workers' lung function can help identify problems sooner rather than later, so that changes can be made in the workplace when needed. The test can help to make your job safer by identifying when workplace hazards may be causing respiratory problems.

"We are pleased to join with OSHA in emphasizing the important role of spirometry in preventing costly, debilitating, and potentially fatal occupational lung diseases," said NIOSH Director John Howard, M.D. "These tests are a vital component of health and safety programs in workplaces where workers may be exposed to hazardous airborne contaminants."

OSHA recommends that employers test for diacetyl and diacetyl substitutes through this spirometry test as well.