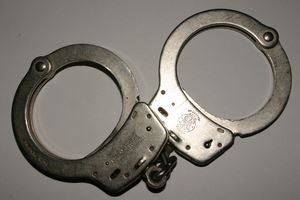 On Monday, a Guam man was charged with 14 crimes in connection with a drunk driving crash that killed a U.S. Navy sailor. According to the Pacific Daily News, 43 year old Endy Timas Timoti is charged with multiple offenses, including murder, manslaughter and vehicular homicide. Currently, Timoti is being held on $1 million cash bail.

Authorities report that Timoti was traveling north in a southbound lane of traffic when his vehicle struck a motorcycle driven by 43 year-old Anna Sterling, a Navy sailor who worked at the Naval Computer and Telecommunications station in Dededo, Guam. Investigators say it appears Sterling attempted to avoid Timoti's hatchback by laying her motorcycle on its side, but the Timoti ultimately ran over the bike, dragging Sterling and trapping her underneath the hatchback. Sterling was taken to a local hospital, but she later died as a result of her injuries.

Following the accident, Timoti was found to have a blood alcohol content of 0.264%, which is more than three times the legal limit. He also has two previous DUI convictions, and had appeared in court on a third DUI charge on the morning of the crash: at that hearing - less than eight hours before he struck Sterling's motorcycle - the court warned Timoti that he was forbidden to drive and to drink alcohol.

Guam Assistant Attorney General James Collins said that Timoti's $1 million cash bail was necessary because of his "complete disregard for lawful orders and (a) pervasive danger to the community." If convicted of all charges against him, Timoti faces a minimum of life in prison with parole as a possibility.

Driving while under the influence of drugs or alcohol is a leading cause of traffic fatalities in the United States. People who cause crashes after drinking and drive face serious legal consequences, which become more severe with repeat offenses. Also, drivers who cause injuries and fatalities often receive harsher sentences and legal punishments.

An ignition interlock system is a device that requires the driver of the vehicle to blow into a breathalyzer machine that determines the driver's blood alcohol content. Throughout the duration of a drive, the device periodically requires multiple tests to make sure the driver remains sober while operating the motor vehicle. If a driver fails the test, the vehicle will not start (or will shut down). According to studies by the International Council on Alcohol, Drugs and Traffic Safety, the devices reduce an average 40-95% of repeat offenses. Currently, MADD estimates there are about 135, 000 vehicles nationwide that are equipped with ignition interlock systems.

At Aaron Sachs & Associates, P.C., our personal injury lawyers represent car accident victims in Joplin and throughout the surrounding areas, including Carthage, Webb City, Sarcoxie, Carl Junction, Lamar and Pierce City. To schedule an appointment for a free initial consultation, please call 1-888-777-AUTO, or visit our website.
Attorney meetings by appointment only
Categories