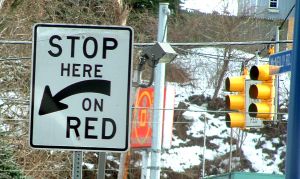 Last week, our Springfield, Missouri car accident attorneys discussed our city council's plans for Springfield's red light camera enforcement program. On Monday night, the council met and discussed two separate proposals regarding the cameras, which advocate opposing courses of action. Local media sources report that the issue was hotly debated, with some council members arguing that cameras help prevent certain kinds of collisions, and others maintaining that voters should make the final decision.

Councilman Tommy Bieker had initially lobbied a council committee to recommend doing away with the cameras permanently. When he was unsuccessful, he then proposed a bill that would place the issue on August ballots and in the hands of Springfield residents. Other city council members have since presented their own bill to resume use of the program: six members have signed on as sponsors of that measure.

Only two councilmembers (Bieker and Doug Burlison) appear reluctant about bringing back the cameras, which photograph cars passing through intersections when the light is red. Offenders then receive traffic citations by mail. At the council's meeting on Monday, Bieker again attempted to intervene, moving that council should table both bills and instead explore alternatives to the cameras (including increasing yellow light time at busy intersections). Council rejected his motion, and both bills were discussed.

According to a recent analysis of Kansas City camera use, the number of T-bone and right-angle accidents did decrease at camera-equipped intersections: these types of collisions are often the result of red light violations. However, the number of overall accidents increased, as drivers were more likely to slam on their breaks when the light turned yellow, creating the potential for more rear-end collisions. Traffic engineers in Springfield have argued for the cameras: they maintain that reducing T-bone and right-angle accidents is considerably more important, since these types of wrecks are more likely to cause serious injuries and/or fatalities.