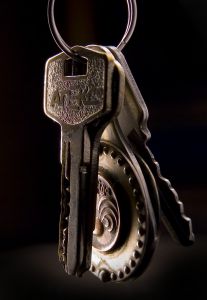 If you've been injured in a Missouri car, truck, or motorcycle accident, the owner of the vehicle, in addition to the driver, may be liable for your injuries. This might sound surprising, but it's true. Under certain circumstances, vehicle owners can be held responsible for what other drivers do (or don't do) in their vehicles, even if the owner is not present at the time of the accident.

Negligent Entrustment
In some states, when you loan your car to another driver, as the owner, you're automatically liable for any damages that driver might cause. However, in other states - including Missouri - negligent entrustment must occur for liability to attach to a vehicle's owner, if that owner wasn't behind the wheel. For example, if a car owner lends his or her car to someone who is drunk, ill, unlicensed, or otherwise unfit to drive, the owner can be held liable for injuries and damages, because he negligently entrusted the vehicle to an unsafe driver.

There is a 4 prong approach to establishing negligent entrustment under Missouri law:

In other words, negligent entrustment applies if all four of these points can be proven:

Hallquist v. Smith, 189S.W.3d 173, 175-76 (Mo.App. 2006)
Consider this 2006 case concerning 18 year-old Nathan Smith, who crashed his mother's 4Runner into a stopped patrol car after a night of drinking. The driver of the patrol car - St. Louis County police officer John Hallquist - was knocked unconscious in the collision and suffered numerous injuries, including post-concussive syndrome and tooth loss. Nathan had a blood alcohol content of .22 and was under the influence (and in possession) of marijuana.

Hallquist subsequently filed a personal injury suit against both Nathan and his parents: the claim argued that negligent entrustment applied to the parents, since they knew their son frequently drank and used drugs, and that he had a history of driving under the influence. The Smiths contended that Nathan did not have their permission to use the vehicle: he had taken the keys from the kitchen counter while his parents slept. A St. Louis County Circuit court originally ruled in favor of the parents with regard to the negative entrustment issue, but Hallquist appealed.

In the end, the Missouri Court of Appeals (Eastern District, Division 1) decided the issue: the court held that "entrustment may be proven by either express or implied permission"; and further, that "implied permission may be based on a pattern of conduct, the relationship of the parties or a lack of objection that indicates consent."

In other words, even though the Smiths maintained that Nathan took the 4Runner without their knowledge or approval, they had also allowed him to use the vehicle prior to the night of the accident. Additionally, the Smiths were aware that Nathan had a poor driving record, and also that he was uninsured, but they did not safeguard the vehicle's keys: the judgment explains that "the parents had repeatedly allowed the child to drive the vehicle in the past and did nothing to to prevent the child from gaining access to the vehicle on the night in question. In addition...the parent was well aware of the dangerous proclivities of the child with respect to driving." Thus, the court ruled that negligent entrustment applied to the Smiths in this instance.

Our Missouri car crash lawyers represent injury victims throughout Missouri, including Joplin, Webb CIty, Carthage, and the surrounding areas. If you've been injured in an auto accident, call 1-888-777-AUTO to schedule a free initial consultation.