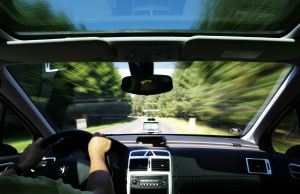 Young Missouri drivers are required to follow the Graduated Driver License (GDL) law, which allows teen drivers to gain driving experience through a number of stages that slowly expose inexperienced drivers to certain hazards. The program ultimately aims to decrease the risks of teen car accidents in Dexter, Sikeston and elsewhere throughout Missouri. According to CNN Health, a study published in the Journal of the American Medical Association reported that from 1985 to 2007, the number of fatal car accidents involving 16-year-old drivers dipped by more than 25%. On the flip side, accidents involving 18-year-old drivers, or those who obtained an unrestricted driver's license, increased by approximately 12% during the same time period.

Our Southeast Missouri car accident attorneys understand that the increase in the number of fatal accidents involving 18-year-old drivers in areas with strict GDL programs counteracts the progress made in the safe driving habits of 16-year-old drivers. For this reason, parents and guardians are urged to stay active and involved in their teens' driving career long after they've completed the GDL program. It's important to keep safe driving as a frequent topic in your household. Parents are among the most effective influences on a teen's driving habits.

Experts are unable to explain the spike in the number of fatal car accidents experienced by 18-year-old drivers. Some speculate that it's a form of "payback" for all of the previous restrictions, which experts believe limit a novice driver's ability to get a real-life feel for the driving world.

There is some form of GDL program established in every state, requiring new drivers to first obtain a learner's permit (which allows them to drive only with a parent or other licensed adult). Beyond that step, each state's regulations vary.

The GDL program in Missouri includes an instructional permit, an intermediate license and an unrestricted license:

• The instructional permit: A driver must be at least 15 years-old and is required to drive with a licensed driver in the front seat.

• The intermediate license: A driver must be at least 16. This license restricts a person from driving without another licensed driver between 1 and 5 a.m.

Parents are urged to speak with their teen drivers often as GDL programs may not be the answer to safe-driving habits. Keep the idea of safe driving habits fresh in their minds.

To help you and your teen create and agree on some safe driving rules, consider making a parent-teen driving agreement. Require that both parties sign and agree on the contract. Lay out some consequences if any portion of the contract is broken or disobeyed. This formal agreement will help to keep everyone on the same page and everyone safe on our roadways.

If you or your teen driver has been involved in a car accident in Sikeston, New Madrid, Perryville or elsewhere in Southeast Missouri, contact the Perryville Personal Injury Lawyers at Aaron Sachs Associates PC, for a free initial consultation.