Aggressive driving is no joke. In fact, these poor driving habits are now a common contributor to car accidents in Joplin, Lamar, Carl Junction and elsewhere in Missouri. According to the National Highway Traffic Safety Administration (NHTSA), aggressive driving is when a driver commits a number of driving offenses that endanger other people of property. 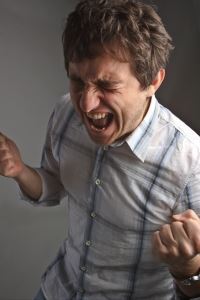 The NHTSA has recently been working with prosecutors and law enforcement agencies to help reduce these aggressive and dangerous driving habits in an attempt to reduce the risks on our roadways.

The AAA Foundation for Traffic Safety offers these tips to help you avoid being the victim of an enraged driver:

• If you encounter an aggressive driver, try not to react. You are urged to avoid making eye contact. Keep your driving pattern smooth. Avoid accelerating, braking or swerving.

• If you find yourself in congested traffic with an enraged driver, lock your car doors and keep the windows up.

• If you're in stopped traffic, leave enough space to be able to pull out from the car you're following.

• If someone tries to get into your vehicle, honk your horn or sound your personal alarm to attract attention.

• If you're being harassed by a driver or think you're being followed, drive to the nearest police station or busy place to get help. Do not take matters into your own hands.

• Keep your distance and stay away from the aggressive driver.

• Ignore their "friendly" gestures. Do not return the favor as it will only add fuel to their fire.

According to NHTSA, roughly 13,000 people have been killed or injured in reported motor-vehicle accidents since 1990 that were caused by an aggressive driver. They also conducted a survey that revealed that more than half of drivers admit to driving aggressively on occasion.

Everyone may be a little guilty of aggressive driving behaviors and not even know it. According to AAA, 58% of drivers admitted to speeding up to beat a yellow light, 41% to honking their horns in frustration, 26% to pressuring other drivers to speed up, 22% to tailgating and nearly 10% to deliberately running red lights. All of these actions are defined as aggressive driving. It is when these habits cause a driver to take matters into their own hands that we see the consequences of road rage, which are never pleasant: in fact, they can be fatal.

If you or a loved one has been involved in a car accident with an aggressive driver in Lamar, Goodman, Diamond, Carthage or the surrounding areas, call 1-888-777-AUTO to schedule a confidential consultation to discuss your rights.