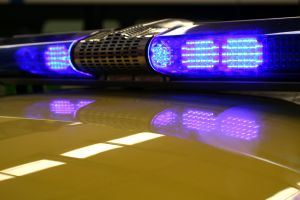 This summer, in response to public concerns, the St. Louis County Police Department announced plans to adopt a new pursuit policy. In the past, the department was only authorized to pursue a suspect if he or she uses or threatens to use deadly force. Effective August 1, officers will be allowed to pursue drivers who are suspected of property crimes or impaired driving.

"At a community meeting some of the residents were very upset with me and the police department because we had a policy that didn't allow us to chase for property crimes," St. Louis County Police Chief Tim Fitch told KDSK.

Last year, St. Louis County Police Chief Tim Fitch decided to consider public opinion with respect to his department's pursuit policy. Under the old policy, officers only participated in about a dozen chases each year. However, following a string of copper thefts and vehicle break-ins in Pasadena Hills, Chief Fitch began seeking approval for the new rule, which states that officers are able to pursue suspects in both first-degree burglary and drunken driving cases. In both cases, the public seemed to support the new policy immediately, according to the St. Louis Post-Dispatch.

While some believe that more suspects should be chased on our roadways, others believe that officer chases are too dangerous and often result in serious car accidents, which can pose risks to innocent drivers on the road. Opponents of more liberal chase policies have expressed concerns that pursuing suspects on our roadways and engaging in more officer chases will only increase liability risks to drivers everywhere. Many residents don't believe that it's safe to let officers speed dangerously while attempting to catch less-than-serious criminals. For opponents, the choice is a serious one: it's either let someone go, for now, or pursue a suspect and risk endangering the lives of Missourians who just happen to be traveling nearby.

"First and foremost we are to do no harm, and we don't want to create a more dangerous situation by chasing DWI suspects at high speeds," Chief Fitch said last year.

Every year, an estimated 300 Americans are killed in police chases throughout the country. However, many safety advocates believe the real number of fatalities is actually two even three times higher: there is no mandatory reporting system for police chase fatalities, and the number does not include children who are trapped in the vehicles of fleeing suspects. According to the FBI, the vast majority of police chases begin with an attempt to stop a driver for a traffic violation - and "[i]nnocent third parties who just happened to be in the way constitute 42 percent of persons killed or injured" in these chases.

At Aaron Sachs & Associates, P.C., our car accident lawyers represent injury victims in Cape Girardeau and throughout southeastern Missouri, including New Madrid, Sikeston, Poplar Bluff, Van Buren, Kennett, Dexter and Potosi. We work on a contingent fee basis, and we offer a free initial consultation to discuss your case and answer your questions. To schedule an appointment, please contact our office toll-free at 1-888-777-AUTO, or visit our website.
Attorney meetings by appointment only
Categories