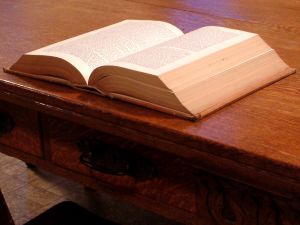 Workers' compensation law - in particular, Senate Bill 572 - has been the subject of much debate in the Missouri legislature throughout the last month. In early March, the bill passed in the Missouri House with a vote of 87-68, after passing more overwhelmingly in the Senate (26-8). The bill has been the subject of some controversy: under its terms, occupational diseases would be entirely covered by workers' compensation: since 2005, employees have been able to pursue such claims through civil courts. Occupational diseases are chronic ailments that are caused by workplace conditions, including conditions like mesothelioma and carpal tunnel syndrome.

In addition, SB 572 would have created a cap of $300,000 on the amount of punitive damages that an employee could collect for illegal discrimination. It would've also prevented employers from terminating employees who report illegal workplace activities to law enforcement authorities ("whistle blowers"), and ban lawsuits against coworkers for workplace injuries.

Then, in mid-March, Governor Nixon vetoed the bill, citing "fundamental flaws" in its language. "[The bill] is nearly identical to the bill I vetoed last year because it would undermine the Missouri Human Rights Act and decades of progress on civil rights," Nixon said. The Insurance Journal reports that "in a veto message to the Legislature, Nixon raised several specific objections [to SB 572], including to the restrictions on punitive damages against governmental bodies and to a portion that he said would have blocked from liability the individual at a business who commits the discriminatory act."

In response, on March 29, the Senate voted to override Gov. Nixon's veto. According to the Associated Press, Senate Majority Leader Tom Dempsey (who also sponsored the measure) said "the override vote was necessary because Nixon had not offered lawmakers any suggestions for how to make the measure better."

The president of the Missouri Association of Trial Attorneys, Phil Hess, expressed frustration with the Senate's override, because SB 572 would also place limits on the amount victims can recover by sending those who suffer from occupational diseases back to the workers' compensation system. "Current law allows these victims to access real justice in civil court. Forcing these families into workers' comp is not justice," Hess said in an email to the AP.