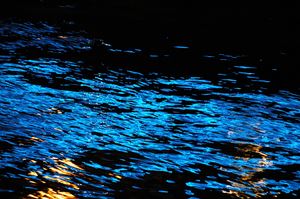 Our Cape Girardeau car accident lawyers frequently represent the victims of drunk drivers. While public education and awareness about impaired driving are at an all-time high, these accidents still result in the deaths of hundreds of Missourians - and many more injuries - every single year. Last weekend, a suspected impaired driver in Poplar Bluff caused a 1 vehicle accident resulting in the deaths of her passengers.

It happened early Saturday morning around 4:00 a.m. Police estimate that 24 year-old Christina Aldridge was going at least 48 miles per hour on Saxon Drive when she failed to see a stop sign. She hit her brakes too late, causing her 2001 Jeep Cherokee to skid through the intersection, cross Ashcroft Road, flip over, and plunge into the Black River.

The Jeep landed on its roof in the water and was completely submerged: witnesses who live on Saxon Drive reported hearing a loud boom, and then Aldridge crying out for help. Aldridge was able to escape the vehicle through the driver's side window, which was open at the time of the crash, and witnesses helped her reach the riverbank. She was not injured. Her passengers, however, were trapped. It took a tow truck and several divers from the Missouri Highway Patrol to retrieve the vehicle later that morning: when they did, they found 25 year-old Joshua Phelps in the front passenger seat, and 29 year-old Jason Carrington in the back seat. Their windows were closed. No one in the vehicle was wearing a seat belt.

According to officers from the Poplar Bluff Police Department, Aldridge admitted that she had been drinking all evening. She was arrested and booked for driving while intoxicated and 2 counts of manslaughter: she remains jailed in Butler County. Yesterday, autopsies were scheduled to be performed on Phelps and Carrington, although Butler County Coroner Jim Akers said "evidence at the scene indicates they did not die as a result of injuries from the accident," reports the Southeast Missourian. Akers believes the autopsies will show that the 2 men died of drowning.

Drinking and Driving: The Facts

• Approximately 1 in 3 car accident fatalities is caused by an impaired driver.

• In 2009, according to the Centers for Disease Control (CDC), 10,839 people died nationwide in traffic accidents caused by drunk drivers (meaning 32% of car accident fatalities involved alcohol). 181 of these fatalities were children under the age of 14 - and half of those fatalities represent children who were riding with an impaired driver.

• 1.4 million drunk drivers were arrested in 2009 - and this figure represents less than 1% of the 147 million episodes that were self-reported by adults.

• The average drunk driver will drive while impaired 87 times before he or she is caught.

• 75% of convicted drunk drivers with suspended licenses continue to drive.

It's our sincere hope that these facts will reach those motorists who still believe it's safe to drive after drinking. Doing so is never, ever worth the risk: the potential consequences are far-reaching and life-shattering for everyone involved. Let a friend drive you, or call a cab, or simply stay put. It could be the best decision you ever make.