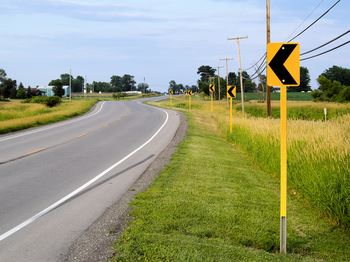 According to the National Highway Traffic Safety Administration (NHTSA), around 70% of fatal single-vehicle car accidents are ROR wrecks, meaning run-off-road. Over the weekend, 2 of these accidents happened right here in southern Missouri.

On Saturday evening, 17 year-old Jordan K. Farr was northbound on Morrisville Road when he ran off the roadway. According to the Missouri Highway Patrol, Farr's 2004 Mazda 6 struck a ditch, which caused the vehicle to flip and then overturn several times. Farr was taken to Citizens Memorial Hospital, but he was pronounced dead about an hour after the crash. He was not wearing a seat belt, according to the crash report.

Meanwhile, 3 people were injured (2 of them seriously) after a similar one-car accident in Douglas County. The driver in that accident - 21 year-old Ryan K. Swearingin - also ran off the road, and his 1999 Chevy S-10 also flipped over. Swearingin was ejected from the pickup and was one of the seriously injured occupants: he and his passenger, 17 year-old Shon Gossett, were flown to Cox South Hospital in Springfield. The pickup's other occupant, 15 year-old Misty David, suffered minor injuries and was also taken to Cox. No one in the truck was wearing a seatbelt.

On average, 1 in 5 car accidents are single-vehicle roadway crashes: Forbes.com reports that this kind of accident is even more dangerous than a head-on collision or a T-bone crash. A 2011 report from NHTSA's National Center for Statistics and Analysis presented the following data:

• In single-vehicle ROR crashes, the most prevalent causal factor was driver performance error (27.7%).