A new campaign was recently launched by the Missouri State Highway Patrol to help reduce the risks of distracted-driving car accidents in Kansas City, Missouri. The campaign is looking to help educate drivers about the dangers of distracted driving habits and more specifically to urge drivers to put down the cell phone while operating a motor vehicle. 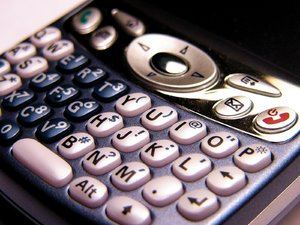 "Inattention is a leading cause of traffic crashes," said Colonel Replogle. "If you're focused on sending a text message, then you aren't paying attention to your driving. Cell phone usage -- particularly texting while driving can lead to tragic consequences."

Our Kansas City car accident attorneys understand that this campaign is a great step towards improved safety on our roadways, but more needs to be done. Missouri is one of the few states left that has yet to ban the use of cell phones or text messaging devices by drivers. According to the Insurance Institute for Highway Safety (IIHS), Missouri has no ban prohibiting the use of hand-held cell phones by any driver. Our government has addressed the dangers of texting while driving by enacting a regulation that prohibits drivers 21-years-old and younger from texting behind the wheel. If you're older than 21, you're allowed to take your attention off of our roadways and call or text whoever you wish.

Col. Replogle tried to take the effort a little farther by asking that all drivers in Missouri, regardless of age, stop texting behind the wheel to make our roadways safer.

The State of Missouri witnessed nearly 2,000 traffic accidents that involved a driver using a cellphone in 2009. Nearly 240 people were killed because of these accidents.

The Missouri State Highway Patrol has teamed up with Con-way Freight, a popular Missouri freight company, andRoush Fenway Racing, a Nascar racing team, to push this campaign and to help persuade drivers to stop texting at the wheel.

Distracted-driving statistics, according to Distraction,gov.

-Close to 5,500 people died because of traffic accidents in the U.S. that reportedly involved a distracted driver in 2009.

-About 20 percent of the reported injury accidents that happened in 2009 involved a distracted driver.

-Of the 5,500 people killed because of distracted-driving accidents in 2009, more than 900 involved reports of a cell phone as the main form of distraction. These types of accidents represent about 18 percent of all fatalities in distraction-related accidents.

-Using a cell phone while driving gives a driver the same reaction abilities as a driver who is legally drunk with a blood-alcohol concentration of 0.08 or higher.

-Distracted drivers are four times more likely to be involved in a serious accident.

-Drivers that are under the age of 20 are most likely to be involved in a distracted-driving accident.

Our Kansas City Car Accident Lawyers can offer help. If you have questions or would like more information schedule an appointment with an attorney. For Kansas City and surrounding areas contact Aaron Sachs & Associates for a free consultation. Call 1-888-777-AUTO (2886).