Red-light runners, or RLR, are popping up all throughout the state and are a significant contributor to car accidents in Perryville, Kennett and Sikeston. Law enforcement officials are on to it though and are looking for ways to help reduce the risks. One idea that officials are tossing around is a safety campaign similar to anti-drunk driving campaigns, like the ones that were launched nearly 30 years ago. Officials believe that RLR has become as big of a problem as drunk driving. 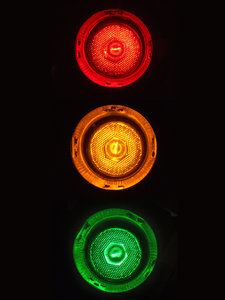 Our car accident attorneys in Poplar Bluff, Dexter and Sikeston understand that more and more motorists are flying through red lights at many intersections. Unfortunately, this dangerous move puts everyone on our roadways at risk. There were nearly 700 people killed in these accidents and another 113,000 injured. The costs of these accidents billed to the public is nearly $15 million a year, according to Tulsa World.

Officials have considered installing even more red-light cameras to help catch traffic signal violators. Over the last 10 years, more and more cities across the nation have adopted the eye in the sky. The Insurance Institute for Highway Safety (IIHS) reports that accidents at intersections in which cameras were installed decreased by nearly 25 percent from 2004 to 2008. The Institute went on to conclude that nearly 160 lives had been saved during this time because of these intersection cameras, as they possess the ability to make more cautious drivers out of everyone. If every city had red-light cameras, the IIHS predicts that more than 800 additional lives could have been saved in this four-year time period.

Not everyone is sold on the effectiveness of these cameras, however. Some complain that the cameras are intrusive, violate privacy and are being used only to generate revenue to the coordinating city. Oftentimes these cameras are managed by private vendors, who also receive a cut of the money produced by tickets.

There have been a number of studies that have concluded that the number of accidents at these intersections with red-light cameras have actually increased. They may only be fender benders, but are accidents nonetheless. Timid drivers are braking early to avoid getting busted by the cameras, causing more rear-end collisions. So the debates continues in an effort to determine just how effective these cameras are.

According to the National Highway Traffic Safety Administration, there were more than 2 million reported accidents that occurred at U.S. intersections in 2008. These accidents killed nearly 2,800 people and injured another 733,000.

Red-light cameras are not the key to saving lives on our roadways. No ticket, no citation and no fine is guaranteed to shape up our driving habits. Motorists need to become more familiar with the dangers of unsafe driving habits before they're able to make safety corrections.

If you or someone you love has been involved in a car accident in Dexter, New Madrid, Perryville or elsewhere in Southeast Missouri, contact the New Madrid Personal Injury Lawyers at Aaron Sachs Associates PC, for a free initial consultation. Call (573) 334-7959.