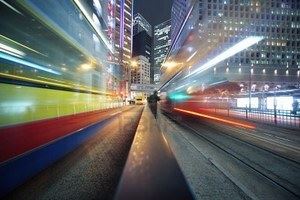 As members of the Joplin community, Joplin Missouri car accident lawyers have been touched by all the stories of people who came to assist us after the devastating tornado ripped through our town last May. We have written in this blog about several of these local heroes and "friends of Joplin."

Therefore, we were saddened to learn that two teenage girls who came all the way from Bennington, Nebraska with their church youth group to assist the victims of the Joplin tornado were involved in a deadly car crash. One girl, Kylie Remmereid, 16, was killed, and the other, Cassidy L. Collier, 17, was critically injured.

Apparently, John Butler, the youth services director of St. John Lutheran Church, brought Kylie and Cassidy with him on a Salvation Army-led trip to Joplin after the tornado hit. He told the press that at one point during the trip, a man asked specifically for male volunteers to move an entire truck load of ice by hand.

Kylie and Cassidy quickly volunteered to do the work, and slung 10-pound bags of ice until the job was done. The man later apologized, promising he'd never again only ask for men to help out.

Butler remarked that the two teen girls were "the hardest two workers I ever had."

When the accident occurred on Monday, November 21st, Cassidy was driving and Kylie was a passenger in the front seat. A third teen, Samantha Steffes, 16, was in the backseat and was also critically injured during the crash. The car, a Volkswagen Beetle, was speeding east on State Street, south of Bennington, when the vehicle went out of control.

The state police are still investigating, but believe that the vehicle may have become airborne. It veered off the road, hit a tree and rolled over. The posted speed limit in that area is only 45 mph. Part of the investigation will include attempts to determine just how much over the speed limit the driver was going when the accident occurred.

Apparently, this deadly accident happened just west of an area known as the "State Street Jump." This is a hilly stretch of road that has already claimed the lives of at least nine other teenagers since 1994. Firefighters had to extricate at least two of the girls.

Investigators found no evidence of alcohol use, so it appears that speeding was the main causative factor in this tragedy, which has left a community stunned and grieving. In fact, speeding is one of the main causes of deadly car accidents, in Joplin and nationwide.

As we move into the holiday season, which should be a time of hope, thanksgiving, and family blessings, please remember to pay full attention to the road when you are behind the wheel--and always drive the speed limit. It has been said before, but bears repeating: Speed kills.

If you or a loved one has been injured in a car accident, you may require legal assistance to receive just compensation. The Joplin MO law firm of Aaron Sachs & Associates, P.C. provides a free initial consultation to discuss the merits of your case. Please take advantage of our offer--there is never any pressure or obligation. Call us today to see if we can assist you.