This Memorial Day holiday weekend, safety advocates and law enforcement worry about the many roadways dangers that drivers will face, including heightening traffic and drunk drivers.

New study results, recently released by the AAA Foundation for Traffic Safety, concluded that one in ten drivers reported driving drunk in the past year. More than half admitted to driving drunk more than once in the last year. 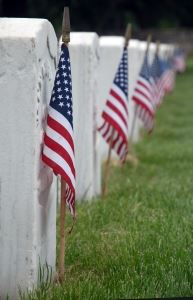 Our Columbia car accident attorneys would like to urge all drivers to be cautious behind the wheel and to avoid drinking and driving. This weekend proves to be one of the busiest weekends on our Missouri roadways.

"Drunk drivers put everyone on the road in danger, especially during holiday season which often combines travel with multiple opportunities to consume alcohol," said AAA Foundation President and CEO Peter Kissinger. "Driving is both a privilege and a responsibility. Exploring new technologies, such as interlocking devices, are important to ensuring public safety in conjunction with personal responsibility and law enforcement."

We would like to make note that every alcohol-related fatality is preventable. It is the responsibility of everyone to make the right decisions before thinking about getting behind the wheel after a night of drinking. To help make sure this dangerous mistake doesn't happen over the long holiday weekend, AAA is asking motorists to visit Take The Pledge by signing a short pledge online to agree to avoid driving under the influence this holiday weekend and every other day of the year.

AAA also reports that alcohol-impaired drivers contribute to about 30 percent of all traffic fatalities and there is an average of one alcohol-impaired-driving death every 45 minutes.

The 2010 Memorial Day holiday weekend resulted in six fatalities and 440 injuries in more than 1,000 traffic accidents. This means that one person was killed or injured every 10.5 minutes, according to the Missouri State Highway Patrol.

The counting period for the holiday weekend will start at 6 p.m. on Friday and will conclude at 11:59 p.m. on Monday. State troopers will be focusing their attention on seat belt use, use of child safety seats, intoxicated drivers, and speeding.

"We expect a large number of drivers and boaters this holiday. I encourage everyone to make safety part of their three-day weekend plans," said Colonel Ron Replogle, superintendent of the Missouri State Highway Patrol. "Please, DON'T drink and drive; DON'T drink and operate a boat; but DO buckle your seat belt and wear your life jacket. We want all of you to have a safe, enjoyable holiday weekend."

If you are dealing with a drunk driving accident in Jefferson City, Colombia, Ashland, Fulton, Boonville or the surrounding area, call 573-449-5500 today for a confidential consultation to discuss your rights. Attorney meetings by appointment only.