Teens met in Washington D.C. recently to make a pledge be alert when driving near large trucks and to not text while driving during the summer months. Teen drivers pledged to practice safe and alert driving habits in an attempt to reduce the risks of a serious or fatal car accident in Dixon, Monett, Aurora and elsewhere in Missouri. School is out, the summer is here and teens typically hit our roads in full force over the new few months. 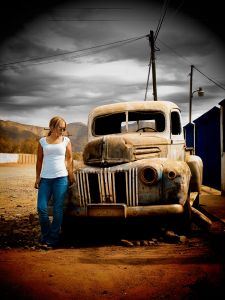 Teen's met at the nation's capital for a rally put on by U.S. Department of Transportation's Federal Motor Carrier Safety Administration (FMCSA), the National Organizations for Youth Safety (NOYS) and the Commercial Vehicle Safety Alliance (CVSA). Officials from these organizations met with teens to talk about the importance of safe driving habits, especially near big trucks. During the summer season we typically see an increased number of large trucks, tractor-trailers, big rigs and teen drivers on our roadways.

Our Springfield car accident attorneys urge all drivers, but especially inexperienced teen drivers, to be alert around these large vehicles. It is important to stay out of their blind spots, or "No Zones," and to allow them plenty of room to maneuver. Experiencing an accident with one of these large trucks oftentimes results in serious, if not fatal, consequences as their vehicles overpower passenger cars, trucks and even SUVs.

"We want everyone to be safe, but as newer drivers, teens must adhere to a few simple rules," said Anne Ferro, Administrator of the Federal Motor Carrier Safety Administration. "They are: buckle up, don't drink and drive; don't speed, don't text or use your phone, and steer clear of a truck's blind spots."

The U.S. Department of Transportation's Fatality Analysis Reporting System reports, according to their most recent data, that the deadliest days of the year for teen drivers ages 15 to 19 are in the months of May through August. It is during these four months that we see nearly twice as many teen deaths from traffic accidents each day than the rest of the year on average. The average for these months is about 16 deaths per day while the average for the year as a whole is roughly 9 deaths per day.

"Do not expect that having a driver's license is a right that comes without responsibility or risk," said Steve Keppler, Executive Director of the Commercial Vehicle Safety Alliance (CVSA). "Be accountable for your actions, spread the word to your friends and parents, and help create a culture of safety. Most importantly, take the driving task seriously. You never know the impact you can have that ultimately could save your life or someone else's."

Drivers that are ages 16- to 24-years old have the highest motor-vehicle accident death rate in the country. Their death rate is higher than that of any other age group. From 2005 to 2009, approximately 4,0000 teens from this young age group were killed in traffic accidents that reported the involvement of large trucks.

"Prom, graduation, and summer are fantastic times for youth to celebrate and enjoy. However, with these fun times come unfortunate tragedies," said Sandy Spavone, President of the National Organizations for Youth Safety (NOYS). "Through education, enforcement, and legislation lives can be saved and injuries prevented."