Lawmakers are looking to toughen some laws on repeat drunk driving offenders in Missouri so that more federal money can be used to make road improvements. Sen. Bill Stouffer, a Napton Republican, says that these types of changes would allow the state to redirect more than $15 million in federal funds from highway safety programs to road construction.

The bill would also limit the privileges on repeat offenders so that they would no longer be able to drive to medical appointments as they would only be allowed to drive to school, work, alcohol or drug treatments or to their ignition interlock provider, according to News-Leader. 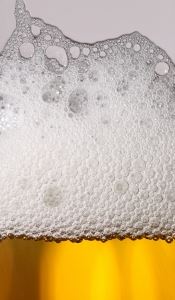 Our Missouri personal injury attorneys know drunk drivers are too often responsible for a hit-and-run accident or an uninsured motorist accident. We are also aware of the recent issues revolving around drunk driving sentences and the initiative from the public to create stricter and steeper sentences.

Those who have been classified as a repeat offender would also be required to complete community service and court-ordered treatment programs if they were looking to avoid jail time.

A House committee heard testimony on the bill earlier this month. The Senate passed it last month.

Regardless of sentence times and other possible repercussions, all drivers are encouraged not to drink and get behind the wheel of a motor vehicle. You are urged to find a sober driver, call a cab, take the bus, stay at a friends house or get a hotel.

Progressive Insurance offers you these safety tips to help stop your friends or family members from jumping behind the wheel of a motor vehicle after having consumed any amount of alcohol:

-If the intoxicated person is a close friend of yours, approach them with a calm, soft approach. Suggest they've had too much to drink and they should let someone else drive or just to take a cab. Be light about the situation, express true concern and let them know that you're really doing them a favor.

-If the intoxicated person is somebody you don't really know that well, talk with their friends and make sure they make an attempt to persuade them to hand over the keys. They're more likely to listen to their close friends

-If the intoxicated person is a good friend, spouse or significant other, tell them that you will not be riding with them. Tell them that you will happily either call someone else for a ride, take a cab or walk. Fine that person's keys while they're preoccupied, take them away and hide them. Hopefully, they will just think they've lost their keys and will be forced to find another way home.

-It is important to remember to avoid embarrassing the person or being confrontational with them. This will make them appear vulnerable to alcohol and its effects and they are likely to grow upset or angry with the situation.

Nearly 11,000 people lost their lives in accidents that involved an alcohol-impaired driver in the United States in 2009, according to the National Highway Traffic Safety Administration. Alcohol-related driving deaths make up more than 30 percent of all the motor-vehicle traffic deaths in the United States. During 2009, drivers aged 21- to 24-years-old had the highest percentage of deadly accidents with a blood alcohol concentration of .08 or above.

Nearly 400 people were killed in 2009 by traffic accidents involving an intoxicated driver in Missouri alone in 2009.