This year's "Click It or Ticket" campaign will be backed by more than 200 law enforcement agencies in the state to help reduce the number of fatalities in car accidents in Joplin and elsewhere in Missouri. The campaign runs from the last week in May through the first week in June. Last year's results concluded that enforcement officers wrote more than 5,500 seat belt tickets, according to the Missouri Department of Transportation. The Click It or Ticket campaign runs for the week across the country and is meant to increase seat belt use and reduce highway fatalities. The campaign pairs together high-visibility law enforcement and education. 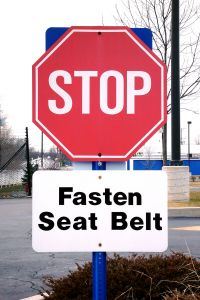 "The best thing motorists can do to protect themselves while traveling in a motor vehicle is to buckle their seat belts and to make sure everyone else in the vehicle is buckled as well," said Colonel Ronald K. Replogle, superintendent of the Highway Patrol. "This type of campaign and enforcement effort is just one method used to heighten awareness about the importance of wearing a seat belt and saving lives. Highway Patrol troopers will continue to take a zero tolerance approach in the enforcement of seat belt and child restraint laws throughout the year in our effort to reduce injuries and save lives."

Those among the least likely to strap on their seat belt are teens and pick-up drivers. Both parties are estimated to only buckle up approximately 65 percent of the time. The lack of seat belt usage contributed to seven out of ten fatalities that resulted from traffic accidents in Missouri in 2010.

"It's time we try some new things in our state to increase seat belt usage," said Leanna Depue, chair of the executive committee of the Missouri Coalition for Roadway Safety. "Saving lives is what it's all about, and seat belts are such an easy way to prevent tragedy, suffering, and grief associated with disabling or fatal traffic crashes"

Some of Missouri's new strategies to increase seat belt usage include displaying portable message boards. Law enforcement will also be partnering with high schools and large employers to get them to adopt new seat belt policies and to provide incentives to reinforce the importance of wearing a seat belt.

If you or a loved one has been involved in a drunk driving accident in Lamar, Goodman, Diamond, Carthage or the surrounding areas, call 417-627-0066 today for a confidential consultation to discuss your rights. Attorney meetings by appointment only.