Bicycling Magazine recently released their list of the top 50 safest cities for cyclists. There are a number of features that contribute to these safe driving cities and conditions aside from safe drivers. The survey considers features such as municipal bike racks and bike boulevards, segregated bike lanes and more. One important factor to have on your side is the attention of the local government, as they are in large part responsible for the design and construction of city roadways. 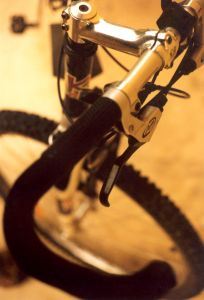 To make Bicycle.com's list of the top bicycling cities, the city is required to have smart bike shops, a vibrant and diverse bike culture, safe roadways and a small list of bike fatalities and injuries. Only cities with a population of at least 100,000 were considered.

Our Missouri personal injury attorneys would like to congratulate Kansas City for landing a spot on the list of top 50 safest cities to bike in. Kansas City ranked 33rd in the nation. Missouri as a whole was ranked as the 26th safest states to bike in as well, according to the website. These are the areas in which the risks of a bicycle accident in Missouri have been reduced thanks to the hard work of cycling advocates.

Missouri placed 26th in the annual ranking of bicycle-friendly states during May's Bike Month. The website ranks these states on a number of factors including state legislation, education, bike infrastructure, and public funding.

According to the National Highway Traffic Safety Administration, the United States witnessed nearly 650 bicyclist fatalities in 2009 alone from motor-vehicle traffic accidents. There were an additional 51,000 bicyclists injured in these incidents. Traffic accidents that involved a bicyclist made up 2 percent of all traffic fatalities during the year.

The majority of the bicyclist deaths that occurred in 2009 happened in urban areas. They were most likely to happen at non-intersections. According to information from the previous year, these accidents increased by 5 percent.

Nearly 75 percent of bicyclist deaths happened during the daytime hours between 4:00 a.m. and 8:00 p.m. This was also a 6 percent increase from the previous year's incidents.

During 2009, the average age of bicyclists that were killed in accidents was 41-years-old. We've have seen a steady increase in this average age. This increase of average age holds for both those most likely to be injured and those most likely to be killed in a Missouri cycling accident. Consequently, such accidents often victimize a families primary breadwinner, leading to devastating financial consequences for Missouri families.

Here are some safety tips for motorists to help keep our two-wheeled travelers safe:

-Slow down! Be sure to reduce your speed when traveling near bicyclists.

-Right-of-way. Be sure to give bicyclists the appropriate right-of-way. Treat them as you would another driver.

-Allow more time. Because they take longer to cross intersections, allow them even more time.

-Keep an eye out. Bicyclists can be hard to see at times. It's encouraged that you pay extra attention at intersections and when opening car doors.

-Pass with care. Be sure you give a bicyclist plenty of room when passing. Wait until it's safe to do so. Allow 3 feet, at least, between your car and the bicyclists.

-Child's play. Be extra cautious around child bicyclists as they are even less predictable than adult bicyclists.