The very first Alcohol and Highway Safety Report was released back in 1968, and since then, we've seen the numbers proving the dangers of drinking and driving. Our Leawood, Missouri car accident attorneys remind motorists of the risks as we head into the busy holiday season.

As we approach the end of the year, we're all looking forward to Christmas and New Year's. What many of us don't look forward to is the increased number of drunk drivers on our roadways. 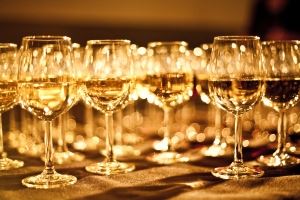 In that first report of drunk driving statistics in the U.S., there were approximately 56,000 deaths on our roadways because of drinking and driving. About 800,000 people were injured because of drunk driving-related car accidents in Leawood, MO and elsewhere. According to the National Highway Traffic Safety Administration, last year, the U.S. saw nearly 11,000 deaths on our roadways resulting from alcohol-impaired drivers. Although this number is significantly lower than the number we saw in the 60s, DUI accidents still account for roughly a third of all traffic-accident fatalities.

William Haddon, the president of the Insurance Institute for Highway Safety and former director of the National Highway Safety Bureau, says that these accidents are caused by all sorts of drivers. Every day, normal people (including students, fathers, mothers and hard workers) jump behind the wheel after consuming alcohol--and thereby endanger everyone on our roadways.

Back in the 60s, the legal drinking age was 18. Today, it's 21, and we're still seeing far too many fatalities resulting from drunk driving. Drunk driving arrests reached a high in 1983, with nearly 2 million people arrested for driving while drunk. Since then, arrests dropped by about 7,000 each year until the late 90s. In 1994, officers arrested about 1.5 million people driving drunk, according to TBD.

Other drunk driving numbers reveal that:

In Missouri alone, there were nearly 400 fatalities resulting from DUI accidents in 2010. These accidents are completely preventable. The holiday season is here, and it's important for all of us to plan accordingly. Be sure to designate a driver if you'll be drinking. Help your loved ones to stay safe and never let a friend or family member get behind the wheel if they've been drinking. Let's finish out the year with safer roadways and far fewer tragedies.

If you or a loved one has been involved in a car accident in Kansas City, report the accident and keep all police and medical records and contact the Kansas City car accident lawyers at Aaron Sachs & Associates PC for help. Call 816.231.4800 and ask for a no cost, no obligation consultation.