What is the relationship between a pre-existing condition such as obesity and an injured workers' right to obtain full compensation for his work-related injury? This is a question that has started to come up more frequently for Springfield, MO Workers Compensation lawyers. The reason: obesity has reached epidemic proportions here in Springfield MO and throughout the rest of the nation. Being obese can seriously complicate or hinder the medical treatment a worker needs to recover after an injury. It can also cause an employer to claim that the obesity was the cause of the injury, and try to dispute a rightful claim. 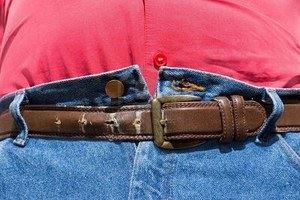 Two recent reports outline the issues. The first, done in 2010 by Duke University, found a significant link between obesity and the cost of workers compensation. Obese employees were found to file double the number of workers' compensation claims as average weight employees. They also reported a whopping seven times higher medical costs from those claims, as well as 13 times more missed days of work.

There are various problems for injured, obese workers. They are more likely to have pre-existing health conditions that exacerbate their injuries, such as heart disease, hypertension and diabetes. Any of these can significantly impact the treatment of a workers compensation claim, causing costs to skyrocket. If an injured worker suffers from any of these diseases, his recovery from a work injury or illness will likely be much slower and more complicated.

A recent Gallup poll sheds even more light on this situation, with the startling statistic that overweight or obese workers miss 450 million more work days annually than their normal-weight, healthy counterparts.

Releasing the results of their poll, Gallup commented, "The high percentages of full-time U.S. workers who have less-than-ideal health are a significant drain on productivity for U.S. businesses. However, employees and employers have the opportunity to potentially increase productivity if they address the health issues that are currently plaguing the workplace."