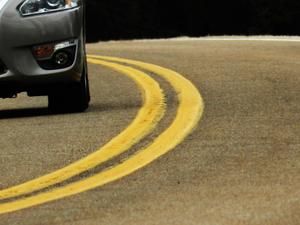 Here in Missouri, speed was a contributing factor in 286 fatal accidents and 6,546 injury crashes in 2012 alone. These accidents resulted in 320 deaths and over 9,700 people injured. According to the Missouri Highway Patrol, exceeding the speed limit or driving too fast for roadway conditions is a leading cause of serious car accidents throughout the state. As Cape Girardeau car accident lawyers, we know first-hand that speeding can prove to be a dangerous, often deadly mistake.

In 1995, the National Highway System Designation Act repealed the national maximum speed limit, which cleared the way for individual states to determine their own speed limits. In the 17 years that followed, 35 states - including Missouri - increased their maximum speed limit to 70 miles per hour. Studies have shown that increased speed limits don't necessarily cause a higher number of car accidents - but they definitely produce more serious crashes.

According to the Insurance Institute for Highway Safety (IIHS), speed can affect car accidents - and their resulting injuries - in three basic ways:

When a collision involves a car and a pedestrian instead of two vehicles, the effect of impact speed is even more directly tied to the level of injury. A study conducted by the AAA Foundation for Traffic Safety determined that the average risk of severe injury in a pedestrian collision increases dramatically with impact speed:

As Cape Girardeau personal injury lawyers, we'd like to encourage drivers in southeast Missouri to be mindful of the dangers associated with speed - especially when certain roadway conditions (like construction work, bad weather, or congested traffic) are a factor. Remember that your safety - and the safety of the other motorists traveling near you - is of the utmost importance. Slow down, be patient, and focus on arriving safely at your destination - even if it takes it little longer than you'd like.