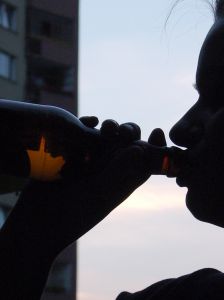 It's no secret that alcohol and driving are a dangerous, often deadly combination. And yet alcohol remains a "significant contributing factor in Missouri's traffic crash experience, especially as it relates to crashes involving death and injury," according to the Missouri Highway Patrol. In 2011, someone was killed or injured in an alcohol-related crash every 2.3 hours throughout the year, the Patrol reports: in all, 208 people died and 3,625 suffered injury in Missouri accidents involving drunk drivers. In this post, our Cape Girardeau personal injury lawyers present five startling facts about driving under the influence.

1. Your risk of being involved in a deadly car accident increases with every alcoholic beverage you consume. According to the Insurance Institute for Highway Safety (IIHS), "fatal crash risk increases substantially after 0.05% BAC and climbs more rapidly after o.o8%."

2. Your level of impairment is determined by the amount of alcohol you consume, not by the type of drink you consume. While many people believe that beer and wine are less dangerous than hard liquor, the fact is that there is a similar amount of alcohol in a 12 ounce beer, a four ounce glass of wine, and 1.25 ounces of 80 proof liquor.

3. Young drivers, motorcyclists and motorists with prior DWI convictions are especially at-risk for involvement in alcohol-related auto accidents. Data from the Centers for Disease Control and Prevention reveals the following:

• Of drivers with BACs at or above the legal limit who were involved in 2010 fatal accidents, one out of three were between the ages of 21 and 24.

• Drivers with BACs at or above the legal limit who were involved in 2010 fatal accidents were four times more likely to have a past DWI conviction on their records than drivers with a 0.00% BAC.

4. In 2011, 226 children died in accidents involving an alcohol-impaired driver. In 54% of those cases, the children who died were actually riding in the same vehicle as the drunk driver.

5. A 2011 CDC study found that U.S. motorists drank and drove about 112 million times each year, which amounts to an estimated 300,000 episodes of impaired driving every single day.

At Aaron Sachs & Associates, P.C., our Missouri personal injury lawyers represent auto accident victims and their loved ones. If you've been injured in a crash involving a drunk driver, it may be beneficial to discuss your case with an experienced attorney, as you may be entitled to compensation for your losses and damages. Our firm offers a free initial consultation and we work on a contingent-fee basis, which means we don't charge you any fees up front: it won't cost you anything to find out if we can help. For more information, please call us toll-free at 1-888-777-AUTO, or visit our website. Serving clients in New Madrid County and the surrounding areas, including Portageville, Lilburn, Sikeston, Scott City, Chaffee, Miner, Oran and Benton.
Attorney meetings by appointment only
Categories