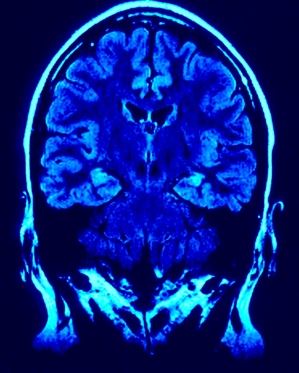 As Missouri car accident lawyers, we know that traumatic brain injuries can have devastating, long-term consequences for crash victims and their loved ones. March is Brain Injury Awareness Month, so we'd like to take the opportunity to discuss some important facts about these debilitating injuries and their impact on victims' lives.

1. According to the Centers for Disease Control and Prevention, a traumatic brain injury is "caused by a bump, blow or holt to the head or a penetrating that disrupts the normal function of the brain." A TBI can be classified as mild, moderate, or severe, depending on the extent of damage to the brain.

4. Children between ages 0 and 4, adolescents between age 15 and 19, and senior citizens age 65 and older are the most at-risk age groups for traumatic brain injuries.

5. TBIs are a contributing factor in about one-third of all injury-related deaths nationwide.

6. Approximately 3.1 million Americans are currently living with long-term disability caused by a TBI.

7. About 17% of traumatic brain injuries are caused by auto accidents. Other common causes include falls (35%), workplace accidents (16%), and assaults (10%). However, auto accidents are the leading cause of TBI-related deaths.

8. Every brain injury is different, so the symptoms and effects of a TBI vary from person to person, depending on the location and severity of the injury. Victims may experience a number of different physical changes, which can be temporary or permanent. These changes can impact a victim's thinking (memory and reasoning abilities); sensations (touch, taste, smell); language; and emotions.

9. Many TBIs require extensive, long-term medical treatment, which can come at a high cost. Annually, the CDC says the costs associated with TBIs (including direct medical costs and indirect costs, like lost productivity) total an estimated $76.3 billion.

10. TBI victims have an increased chance of developing other neurological disorders, including epilepsy, Alzheimer's disease, and Parkinson's disease.